President Uhuru Kenyatta on August 31 evening left for Beijing where he is scheduled to attend the Forum on China-Africa Cooperation (FOCAC) Summit. The plane carrying the Head of State and his delegation departed Jomo Kenyatta International Airport shortly after 7:00 pm. Leader of Majority in Parliament Aden Duale, Head of Public Service Joseph Kinyua and Chief of Defence Forces General Samson Mwathethe led senior government officials in seeing off the President. Besides the FOCAC Summit, President Kenyatta is expected to hold bilateral talks with his host, President Xi Jinping focused on trade, infrastructure, investments, education and technology which are common areas of interest for both Kenya and China. 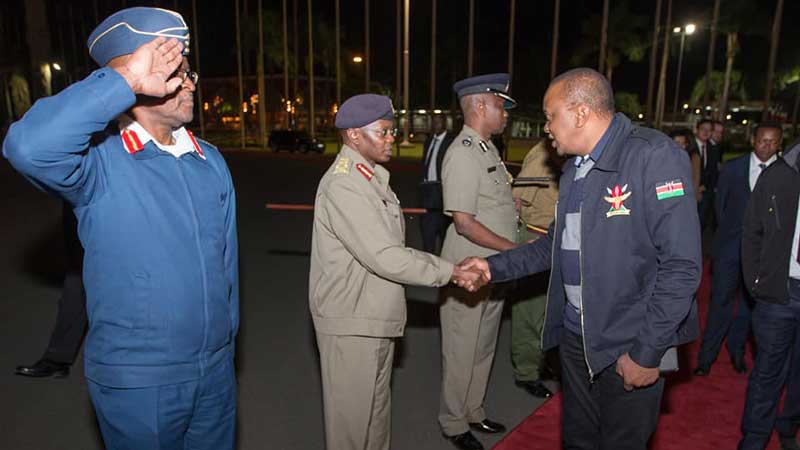 The President travels to the Chinese capital a day after meeting with British Prime Minister Theresa May in Nairobi and shortly after he returned from a historic meeting with US President Donald Trump in Washington DC. While addressing a joint press conference with PM Theresa May in Nairobi on Thursday, President Kenyatta said that Kenya will follow realistic cooperation with all global partners that have reciprocal interests and especially those that ensure the lives of Kenyans are improved. The goal of the 2018 FOCAC meeting is the promotion of economic and trade cooperation between China and African economies as it seeks to synergize China's Belt and Road Initiative, the United Nations' 2030 Agenda for Sustainable Development, the African Union's Agenda 2063, and the development strategies of individual African countries.