The making of K'Ojwang' Jazz band

Exploitation and lack of support for talent are stunting promising musicians to the extent that many end up hopeless.

Such has been the fate of K’Ojwang’ Jazz Band in Homa Bay County that started with the hope of hitting it big in 1984, only to stumble and falter along the way, thanks to exploitation by brokers and a dearth of willing sponsors.

Death, though inevitable, has not been fair to musicians, culling them out indiscriminately. This has to a large extent been blamed on a reckless lifestyle. Of the 12 original artistes at the Kojwang’ outfit, only four are alive today.

What started as a village band performing at weddings, harambee meetings, and other public functions.

They produced their first CD with six tracks in 2009, when Kibos GK Prisons Officer Jona Kotondo sponsored them.

Says Mr Meshack Okech ‘Bush’, a teacher who is a pioneer member of the group: "Kotondo bought for us uniforms and financed the CD’s production, but a broker defrauded us by taking advantage of our vulnerability to own the copyright. We are yet to get back to our feet to produce another CD."

Their first track that traces the history of patriarch Rachuonyo, whose descendants inhabit what is today Karachuonyo and Kasipul-Kabondo constituencies was an instant hit with its beautiful lyrics and recital.

It trails Rachuonyo’s roots to Got Ramogi in the present-day Siaya County, where folklore has it that Kenya’s Luo community first sojourned in their odyssey from the Sudan.

He inherited a woman, Omieri, who begot Sipul after whom Kasipul is named. Sipul in turn sired Bondo, hence Kabondo.

Rachuonyo later crossed the Winam Gulf when war broke at Got Ramogi to South Nyanza and married four wives of his own, Achieng’ Nyajuok, Auma Nyagoro, Adwet Nyarmaragol and Nyipir with whom he had many sons and daughters who gave rise to Karachuonyo.

The track also talks of Rachuonyo’s brothers, Wanjare and Chwanya with whom he migrated to South Nyanza.

Chwanya, according to the song, found a new home by the lakeside where his three sons – Dem, Rungu and Onyango – gave rise to Kadem, Karungu and Kabuoch clans as they are known today.

Equally educative and enthralling is the band’s piece on the ravages of HIV/Aids that ruthlessly killed their members, relatives and friends as it spread like wild fire.

They trace the killer bug’s origin in Paris, France, sometime around 1983, its journey across the Atlantic and Indian Oceans, and its entry into Kenya through the port of Mombasa.

The song advises sexually active men and women to be aware that HIV/Aids has no cure and to avoid it by all means because the end result after contracting it is death.

They warn that doctors’ efforts to find a cure has been in vain, and the whole world is screaming over the disease that has left families with nothing but sorrow and debts.

The band did not forget its benefactor, Jona Kotondo extolling his benevolence to the skies as the man who pulled them from obscurity single-handed by fetching them from the villages in West Karachuonyo to the recording studios in Kisumu.

"Kotondo not only ferreted us from the village where we could not be heard beyond the surrounding bushes and farmlands, but fitted us with uniform and facilitated our access to instruments," they sing.

What future do they envisage? Bush: "Music is our future, although some of us are teachers, artisans and casual labourers. We appeal to well wishers for sponsorship. We have songs ready for recording and they are hits."

"We are better enlightened now in matters music and shall not allow ourselves again to fall into the traps of fraudulent brokers whose preoccupation is to reap where they have not sowed.

By Gilbert Kimutai | 16 minutes ago

By Nicholas Mburu | 47 minutes ago 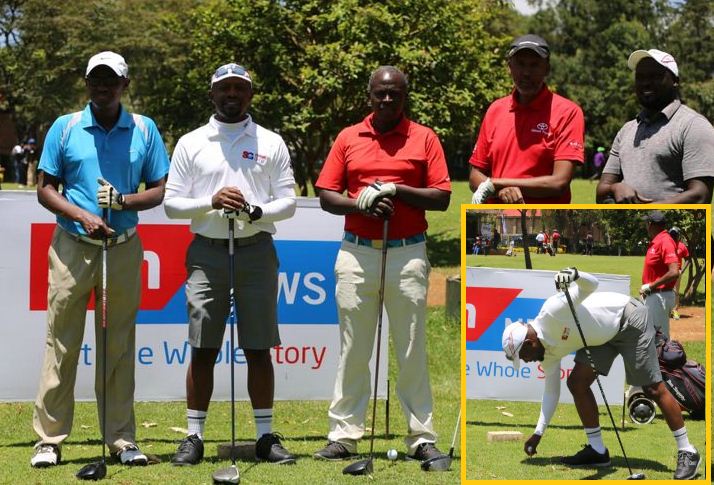 By Benard Lusigi | 57 minutes ago