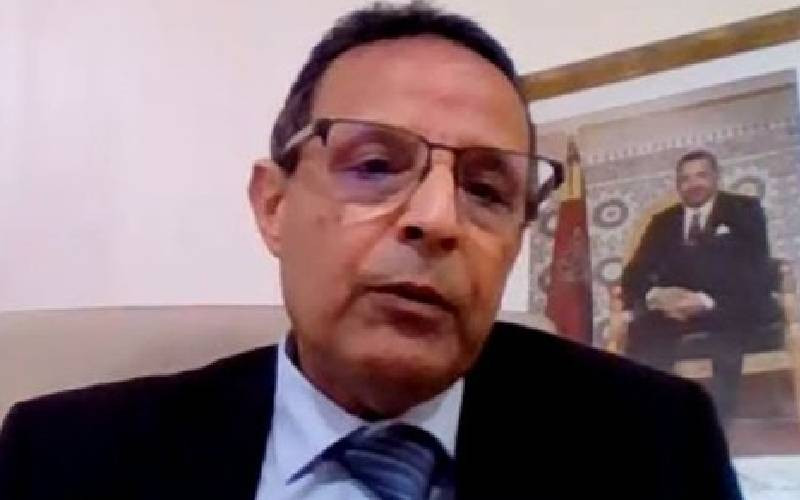 A recent seminar on the nexus between terrorism and separatism at the University of Nairobi allowed participants to take stock of the challenges related to these two phenomena.

It also gave us a rare opportunity to reflect on actions that we Africans can take to put an end to separatism and acts of terrorism that are rampant in many countries and regions, especially in the north of Africa, the Sahel and the Horn of Africa and are also spreading to southern Africa.

The increasing number of individuals moving from separatist groups to terrorist groups and vice versa is disturbing. These individuals are usually financed, harboured, supported and armed by neighbouring countries that favour the spread of terrorism and further undermine regional peace and security.

In this regard, it is important to point out that the links between members of Polisario and radical Islamist movements dates back to the 1980s.

Young people today wander in the Tindouf camps, in South-West Algeria, but are also former or active members of the terrorist armed group of Polisario.

2007 marked a turning point in the evolution of terrorism in North Africa. The Salafist Group for Preaching and Combat has decided to integrate the global jihadist movement by becoming Al Qaeda in the Islamic Maghreb (AQIM) and there have been confirmed links between AQIM and militias of the Polisario.

In recent years, AQIM has also shown a certain interest in Polisario which has become one of the terrorist organisation’s main recruitment pools. Since 2008, the abduction of foreigners has multiplied throughout the region, becoming one of the main expressions of terrorist activity in North Africa, especially by members of Polisario.

A recent example confirming Polisario's link with terrorist groups is the elimination by Barkhane force in August 2021 of Adnan Abou Walid al-Sahraoui, the leader of the jihadist group Islamic State in the Great Sahara which has carried out particularly deadly attacks in Mali, Niger and Burkina Faso.

An early Polisario activist, Abu Walid al-Sahrawi, whose real name is Lahbib Ould Abdi Ould Said Ould El Bachir, left the Tindouf camps in 2010 for Mali with some of his comrades to join the Tarik Ibn Zyad Katiba linked to AQIM.

A year later, he founded the Movement for Unity and Jihad in West Africa in the Gao region. In October 2011, this terrorist movement carried out its first major operation by kidnapping two Spanish aid workers and an Italian woman in the Tindouf camps.

In May 2015, he pledged allegiance to Daech and created, its franchise, in the region under the name, Islamic State in the Greater Sahara.

The Kingdom of Morocco strongly believes that the nexus between terrorism and separatism should be faced by effective partnerships based on existing structures, including regional organisations.

By Nzau Musau 2 hrs ago
Premium Chebukati: This is my story

By Mercy Adhiambo 2 hrs ago
Premium Inscrutable by choice, Magoha was generous and laughed a lot

By Patrick Muinde 2 hrs ago
Premium Ethiopia, Angola zooming past Kenya: Time to wake up and smell the coffee
.