By Paul Kurgat | 2mos ago

The agricultural sector is the backbone of the economy and a key strategic pillar of the African Union Agenda 2063.

Africa’s agricultural transformation is, therefore, key to ensuring food security that will guarantee the end of hunger, malnutrition, and internal and external conflicts.

In 2016 African union member states met in Abuja Nigeria and adopted the Abuja declaration on fertilizers for the African Green Revolution.

They observed that low fertilizer use was the main cause of low cereal yields. In Kenya, the average maize yields are about a sixth of the USA ones. The cost of transportation within and outside, the continent makes fertilizer prices high which makes it a logistical game.

Some of these logistical issues include; ocean shipping costs, limited port capacity, high discharge increases caused by congestion, and demurrage costs on shippers. A world bank study reveals that reducing the above bottlenecks would help in profitable fertilizer use by 40per cent.

Russia’s war in Ukraine has severely impacted food security globally, especially in Africa which relies on wheat, barley, sunflower, and maize from the two countries to the tune of $4bn. Russia is the third largest exporter of potash, the key ingredient in fertilizer after Canada and Belarus.

On the verge of hunger

Farming in the continent has also been worsened by a hike in fuel prices impacting the ability to use farm machinery. Coupled with the surging drought of which the UN estimates 20 million people in the Horn of Africa are on the verge of hunger.

Fertilizers represent one of the greatest vulnerabilities for all continents. EU depends on Russia for 30per cent of its supply. However, before the Russo-Ukrainian war, Morocco’s OCP had a 50 per cent share in a major fertilizer venture in India, not to mention that it is the fifth biggest producer of fertilizer globally.

This is a confirmation that Morocco and Africa in general can feed the world from the desert rock, which according to a US geological survey holds 72per cent of all phosphate rock reserves in the world.

In Africa, maize and wheat fields have declined due to climate change and fertilizer shortages. Kenya imports about 600,000 tons a year. For Africa to usher in its own green revolution, fertilizer consumption will be one of the main drivers and the cost must come down substantially.

However, Morocco’s OCP Group has stepped up a rescue package that could stem the tide. It has a presence in 16 countries and subsidies in 12 countries including Kenya, Ghana, Nigeria, Rwanda, Tanzania and Cameroon.  They have dedicated 20per cent of their fertilizer output to meet African demand.

Recent phosphate diplomacy has given a sharper indication of the central role of food security in securing global peace and stability.

With China cutting back on exports to satisfy its local market and with Russia and Belarus subjected to international sanctions while Ukraine is under siege, the spectra of food crisis has activated phosphate diplomacy in Africa and in particular Morocco.

In May 2022, the Brazilian Minister of Agriculture visited Rabat to secure an agreement on the supply and construction of a phosphate processing plant in Brazil. In the same month, Japanese Deputy Agriculture Minister Tekebe Arata flew to Morocco to secure more phosphates.

From the aforementioned, Africa has the capacity to feed itself and the world in general.

The Morocco-Western Sahara dispute and the 1991 UN treaty between the Polisario Front and the Moroccan government facilitated MINURSO peacekeepers and the 1984 AU recognition of Western Sahara statehood. This saw Morocco withdraw from OAU only to AU on January 31, 2017.  This is a matter that should be pursued diplomatically to avoid geopolitical tensions while resolving the human rights issues raised therein.

Movie review: Everything Everywhere All at Once
Arts and Culture
By Winnie Makena
33 mins ago
Malaria-related deaths increase in Kenya
Health & Science
By Brian Okoth
34 mins ago
Prioritise welfare of women and girls living with disabilities, MPs urged
National
By Nancy Nzau
37 mins ago
Kingi tells Kilifi governor to keep off Azimio rallies
Politics
By Nancy Nzau
43 mins ago
. 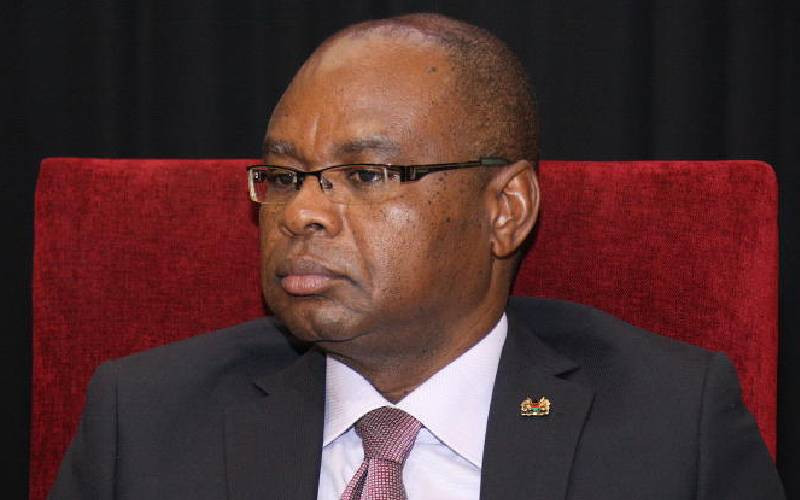 By Nancy Nzau 37 mins ago
Prioritise welfare of women and girls living with disabilities, MPs urged
.