Openness is critical to building confidence in electoral system 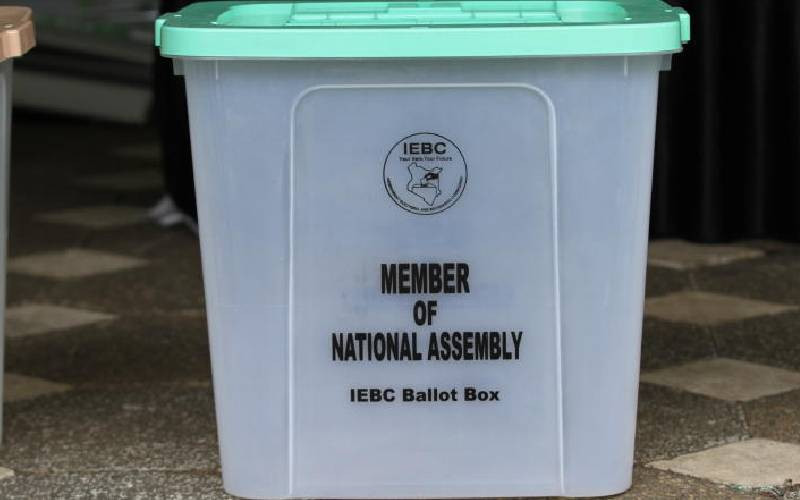 The country is now on the verge of holding the much-awaited general election.

That said, the road to democracy being enjoyed in Kenya today should never be taken for granted. The same has come at great cost to the nationals predating the colonial period.

Currently, only 13 per cent of the global citizens live in working democracies. This is according to Amber McReynolds, a member of Issue One’s National Council on Election Integrity and one of the US’s leading experts on election administration and policy.

The onus of a free and fair election is the responsibility of all the stakeholders, starting with the electors, candidates, arms of the government (executive, judiciary legislature), media, religious organisations, business community, civil society and the general population.

According to Abraham Lincoln, the 16th president of the US,"Elections belong to the people; it is their decision. In the event they decide to turn their back on the fire and in the process burn their backs, they will have little choice but to repose on their blisters".

In later years, Winston Churchill, UK's wartime Prime Minister, stated, “Democracy is the worst form of government – except for all the others that have been tried.” This scepticism was perhaps justified after Britons voted him out as Prime Minister within months of winning the Second World War.

The electoral process provides a platform for electors to identify leaders who are mandated to represent, legislate and oversight the nation’s resources over the next five years.

The aim should be the improvement of the people’s welfare. This is in terms of services provided and improved standard of living.

In this country, whether by design or by default, there is a far-reaching absence of public understanding of how our elections are managed.

Voters cast their ballot and await the results, but otherwise know very little about the inner workings of the process progresses thereafter. This ultimately poses a huge deficiency in building the nation's democratic process.

First, Independent Electoral and Boundaries Commission (IEBC) should ensure that voters are registered in their places of choice without fear or intimidation to participate in the electoral process.

Second, it should establish a mechanism through which electors can seek redress from the IEBC. Third, it should be ensured that all aspirants are given equal opportunities to canvass for support in any part of their target catchment.

Fourth, it should prepare the elections in a manner that is in accordance with the Constitution and the law to avoid costly legal redress.

Fifth, it should roll out a combination of civic, political and voter education programmes countrywide.

This echoes the words of renowned South Africa anti-apartheid hero and later South African President Nelson Mandela who stated that an educated, enlightened and informed population is one of the surest ways of promoting the health of a democracy.

Six, ensure that the entire electoral process is explained countrywide to interest groups, preferably up to the ward level.

Seven, guarantee that the electoral infrastructure is up to date and in compliance with all the legal provisions.

Eight, the government should charge IEBC with ensuring that funds are linked to changes that it implements. The changes envisaged include, automatic voter registration which is proven to improve the accuracy of voter details; regular voter list maintenance to ensure voters can vote where they live; same-day voter registration so that the most current group of electors are choosing elected politicians and reasonable access to voting options.

In conclusion, there should be a deliberate effort to roll out pro-voter policy and process innovations that would improve the election system.

Opening up the process and visibility to the workings of the electoral body would inspire better understanding as well as confidence in the democratic process.

Dr Gitu is a governance and public policy advisor

Premium Lesson for us from disciples of Jesus' election to replace Judas
Opinion
By Job Naibei
29 mins ago
Vote for upright leaders, vote for better tomorrow
Editorial
By Editorial
59 mins ago
Premium We have 150,000 officers set to keep the peace Bruno Shioso
NEWS
By Hudson Gumbihi
59 mins ago
August 9, 2022 elections: Voting starts in most parts of Kenya
Politics
By Fred Kagonye
1 hr ago
.

By Editorial 59 mins ago
Vote for upright leaders, vote for better tomorrow