Why all the stars are aligned to a Raila Odinga Presidency

By Jectone Oyoo | 10mos ago

Despite the chides and chants of ‘retire’ from detractors, the Orange Democratic Movement leader Raila Odinga epitomises a key currency of most effective leaders in history- resilience.

Great leaders never quit until they achieve their goals- I dare add against all odds! In our current political parlance, no politician has ever weathered a greater and more challenging political storm, including detention like this man. It reminds me of the Victorian naval tale of Captain Bligh of the Bounty, who after a mutiny and being cast adrift in an unworthy 23 feet frigate, went on to achieve an epic 3600 plus mile amidst an incredibly dangerous and delivered his few remaining loyal crew to safe port alongside loot.

The new law on coalition has smoothened the curve for Raila who is the unequivocal presidential candidate of the Azimio la Umoja coalition. From all indications he must pick a bride from the Mountain. The bride’s kith and kin would be honoured by the groom who has demonstrated his worthiness and is committed to fulfilling the long list of demands. What remains is the identity of the bride.

There are no coincidences in politics- just intention. OKA has wooed Karua. Wheat has been separated from the chaff with the exit of the Musalia Mudavadi and Ford Kenya’s Moses Wetang’ula. And in their statement, the new OKA bosses reiterated that the coalition was open to honest engagement with other political formations which share the same ideologies.

A union between Azimio, OKA, and a revamped Jubilee will be a juggernaut that William Ruto will find it difficult to combat. But why are the odds, the gods, the mountain, and the incumbency hell-bent on conferring Raila the kingship? Raila's CV is impressive. The political reforms that have deeply impacted the country’s socio-economic fabric are significant, as a result of the clamour for governance changes that he fought for. He is a unifying figure who has built, structured, and led the most formidable, inclusive, and successful political party in Kenya.

A selfless statesman who has on many occasions buried his ambitions as exemplified by the Kibaki Tosha moment 2002. In 2007 he agreed to share power with Kibaki after a messy presidential poll which many believe Raila won. And in 2018, he embraced his erstwhile political nemesis Uhuru Kenyatta, through the handshake.

The writer is a businessman Morocco beats Spain on penalties to advance at World Cup
Football
By Associated Press
21 mins ago
Cabinet approves bid to host Afcon in 2027
National
By Jacob Ng'etich
30 mins ago
Ruto says Jamhuri Day celebrations will be innovation-themed
National
By Stephanie Wangari
2 hrs ago
Adult brothers' love affair with their teenage step-sister ends in death
Counties
By Winfrey Owino
2 hrs ago
. 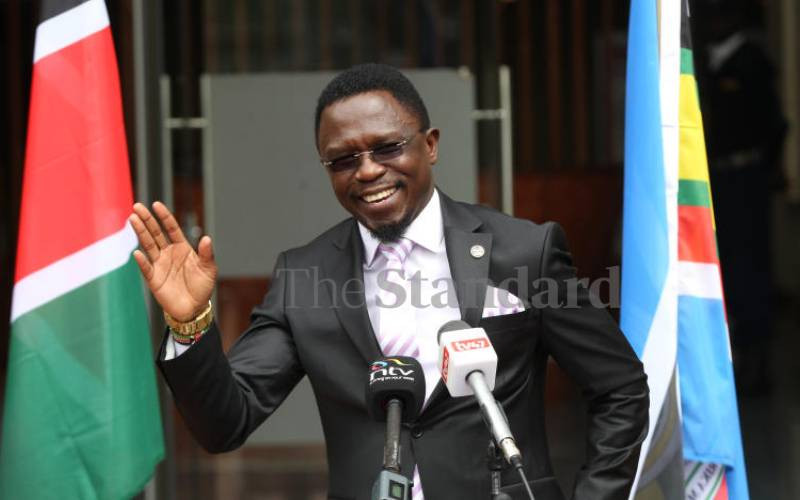 By Associated Press 21 mins ago
Morocco beats Spain on penalties to advance at World Cup
.