Motherhood should be a step in ascending the ladder of growth and development rather than a source of poor mental health.

Teenage mothers or mothers-to-be are at high risk of depression, which is the leading cause of death among young people aged 15-49 years, a bracket that holds many teenage mothers.

It also increases the risk of suicide by 20 per cent. Though the prevalence rates vary in different countries (somewhere between 14 and 23 per cent), the consequences are dire across the globe and usually affect both mother and child. This is more so during the recent unprecedented crisis in mental health occasioned by the Covid-19 pandemic.

The global pandemic has resulted in untold suffering and has disastrous health effects on families and communities.

On the other hand, depression among teenagers is a predisposing factor for unplanned pregnancy due to the increased risk of psychoactive substance use and abuse, including gender violence.

A vicious cycle therefore exists between depression and teenage pregnancy.

The variation in prevalence across countries depends on social determinants such as cultural and religious beliefs and socio-economic status.

Other are physical and emotional abuse, diabetes, thyroid disease, complications during pregnancy, negative thoughts about motherhood, and quality of relationships.

Consequences of depression in teenage pregnancy affect mother and child. Symptoms can occur before child birth (antepartum) or after (post partum). Antepartum depression occurs during pregnancy and is characterised by sleep and appetite changes, mood swings and excessive worry.

A lot of these symptoms are easily confused with the normal changes experienced during pregnancy. It is therefore beneficial to maintain close engagement between the mother-to-be and a health professional.

Additionally, mothers with chronic illnesses easily falter on the consistency of their treatment and follow-up appointments when depressed. This predisposes them to complications that can also affect the unborn baby negatively.

Mood swings, changes in dietary and sleeping habits, difficulty in decision-making, difficulty in bonding with the baby, suicidal thoughts and anger characterise the condition. It is the commonest mental health problem for new mothers with a prevalence of about 15 per cent. It can start during pregnancy or after (perinatal depression).

Ideally, this condition predisposes to neglect of the new-born as the mother may not be interested in bonding with, feeding the baby nor honouring the mother and child clinic appointments.

The end result is malnutrition, increased risk of childhood infections and slow development, which may affect learning ability, behaviour and mental health conditions later in the baby’s life.

Teenage mothers should be closely followed during the antenatal clinics to screen for risk factors for depression, and measures including psychotherapy put in place to avert the dangers.

They should be encouraged to be deliberate about remaining physically active; observing a good diet and sleep habits (such as sleeping when the baby sleeps), avoid psychoactive substances, keeping in touch with family and friends, asking for help when in need and positively managing stress.

Full blown symptoms of depression are treatable to allow one live a normal life.

Teenage mothers and mothers-to-be deserve the best mental health care. This will not only ensure their safe navigation of the motherhood milestone but also that the next generation thrives since the mothers will diligently prioritise wholesome health for themselves and their young ones.

Thriving during this milestone should be the norm rather than the exception.

Society should come out. Let us all take stock of reality and invest in the wellbeing of our teenage mothers and mothers-to-be as a means to avert depression and give them and their babies a better chance at life.

Incorporating prevention into our national health and education programmes would go a long way in saving lives and promoting happy motherhood experiences. 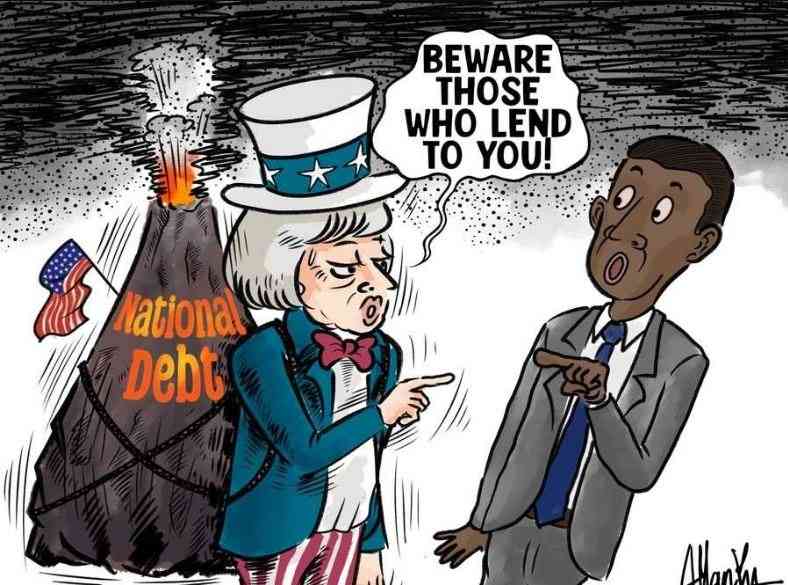 Xinhua Commentary: Africa should not be a battleground for a great power rivalry
Branding Voice
By Xinhua
2 mins ago
Fashion Forward: Celebrities embrace extreme outfits
Features
By Kirsten Kanja
8 mins ago
Premium Uhuru linked bank: We will obey court ruling on Sh350m tax waiver
Business
By Brian Ngugi
22 mins ago
Premium Raila piles pressure on Ruto with planned rallies 'over cost of living'
Politics
By Brian Otieno
22 mins ago
.

By Nathan Ochunge 22 mins ago
Premium Who will tame the cancer monster?

By Mike Kihaki 7 hrs ago
Premium Where former regional commissioners have been taken to
.