Biggest hurdle that BBI must overcome 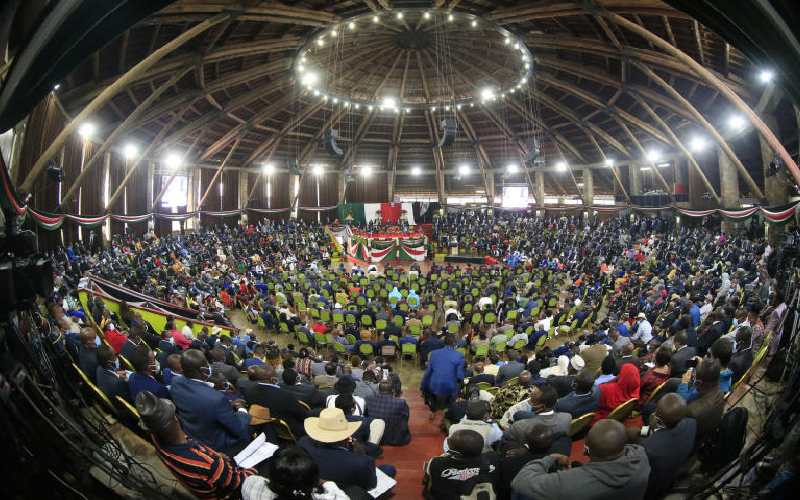 The clamour for constitutional amendment is not new to Kenya. The nation’s history is replete with instances when such change was sought. They include the Change the Constitution Movement of the 70s to preclude a vice president from automatically becoming president upon the death of the incumbent. Another instance in recent history is the successful agitation for the repeal of Section 2A of the Constitution which, in the 80s, prevented Kenya from being a multi-party state.

The Kenya Constitution, promulgated in 2010, was driven by the need to harmonious the nation’s charter with numerous social, political, and economic changes that had taken place over five decades of independent statehood. According to retired Supreme Court judge JB Ojwang, the Constitution “could only give satisfaction to the Kenyan population if it incorporated major new developments in national preferences, in the peoples evolving perceptions of good governance, and in the crystallisation of more progressive public management principles”.

Over the decades, the push for constitutional change has been a tool to power. The Kihika Kimani-led Change the Constitution Movement was purely to prevent then Vice President Daniel arap Moi from ascending to the helm of the country’s leadership. It did not succeed. By a strange coincidence, the push for a change of law to allow multi-party politics was to remove Moi from power. Again, it was an abysmal failure. It is only after Moi retired from politics that a Cabinet minister in Kibaki’s government confessed that the clamour for change had been a ploy to remove Moi. He added that with Moi gone, there was no further need for changes in the country’s mother law.

Kenya’s present constitution is just 10 years old. It has been hailed as one of the most progressive in the world with a well-defined doctrine of separation of powers and a definitive Bill of Rights. It is regarded as a seminal treatise by many countries who have borrowed aspects of it in drafting their own supreme laws. Why then is it up for amendment? Why has a section of the political elite made it the focal point of discussion this year?

An overhaul of the Constitution, if it happens, will be the culmination of the efforts of the Building Bridges Initiative (BBI). The BBI is the brainchild of President Uhuru Kenyatta and former PM Raila Odinga. It is intended to cure fissures from divisive politics that manifest every five years due to disputed electoral outcomes. But there are many who question the intentions of the BBI because it appears to have overlooked the input of other stakeholders. Korir Sing’oei, Legal Advisor in the Deputy President’s office says, ”the manner in which the task force members and technical staff (of the BBI) were appointed as well as the actual execution of mandate, were steeped in secrecy and near opaqueness.”

Then there are those who feel the BBI report in its current state reflects a claw back on the separation of powers between the three arms of government. They have decried the apparent return of an imperial president who will unilaterally appoint the Judiciary ombudsman thus, compromising the independence of the Judiciary. The president will appoint ministers from the ranks of elected MPs and further, be vested with the powers to appoint and sack prime ministers and their deputies.

While it is still too early to interrogate exhaustively the implications of the proposals, one wonders about the sincerity of the political class. President Kenyatta, in a pre-2017 election clip, has in the past spoken derisively against proponents of constitutional change, declaring the present constitution fit for purpose. Previously sounding incredulous about suggestions to create the PM’s post complete with several deputies, he now declares them a panacea for the “winner-takes-it-all” situation blamed for fractious and violent post-election confrontation. Raila Odinga has also previously spoken derogatorily about the person and character of his new-found ally Uhuru Kenyatta.

The biggest hurdle the BBI would have to overcome is the perception that it is the pact of two men seeking relevance past their political sunset years. It will be a hard sell to critics like the Executive Director at Centre for Policy and Conflict, Ndun’gu Wainaina who says, “the handshake and subsequent BBI report was a closed-door private affair between the President and Raila, and was never subjected to public dialogue, agreement and endorsement.” The nation awaits the tactical nous that will guide this conversation.

By Rosemary Nzuki | 18 hours ago

By Isaac Kalua Green | 19 hours ago