Power to charge must be exercised carefully 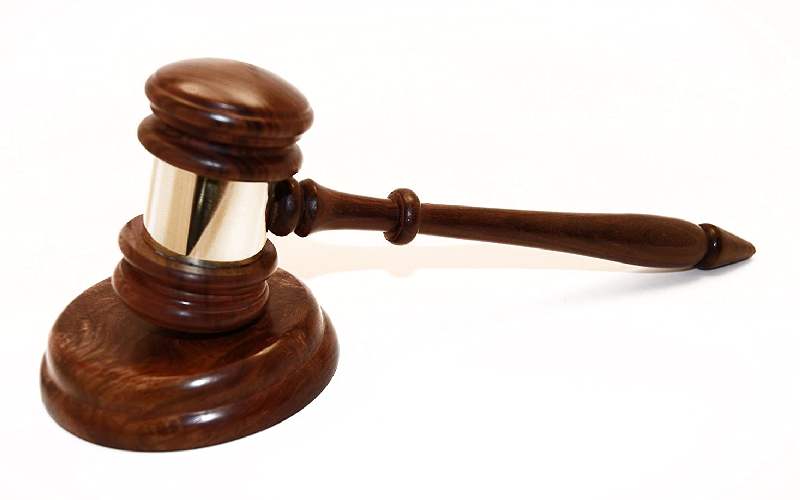 There is no greater responsibility in any criminal justice system than the power and privilege to prefer a charge for an alleged criminal offence. The power is generally provided for in law and may be wielded quite easily in terms of that law. But it is the manner in which the power is exercised that shows whether the prosecutor fully appreciates the privilege which is contained in the public trust.

Before the 2010 Constitution, all State powers of prosecution were vested in the Attorney-General (AG), who was also the Director of Public Prosecutions (DPP).

This was changed by Article 157(1), which established the office of DPP, independent of the AG, with the emphasis, under Art. 157(10), that the DPP shall not require the consent of any person or authority for the commencement of criminal proceedings and that, in the exercise of his or her powers or functions, shall not be under the direction or control of any person or authority.

This power includes the mandate, under Art. 157(4) to direct the Inspector-General (IG) of the National Police Service (NPS) to investigate any information or allegation of criminal conduct, with which direction the IG must comply.

In recent times this obvious power of the DPP has come under challenge from some quarters. An integral aspect of the DPP’s prosecutorial powers is the discretion to institute and undertake criminal proceedings against any person before any court (other than a court-martial) in respect of any offence alleged to have been committed. There have been attempts to demonstrate that the Criminal Procedure Code provides an exception to that wide constitutional stipulation so as to allow the Director of Criminal Investigations (DCI) to commence criminal proceedings which may thereafter be taken over, and either continued or terminated, by the DPP, as provided for under Art. 157(6) (b) or (c) of the Constitution.

The poverty of that argument is self-evident upon an appreciation of the interplay between Arts. 2(4), 157(4), (6), and (10) as read with Section 7(1) of Part 2 of Schedule Six of the Constitution. The latter is a transitional provision, and it stipulates that all law in force immediately before the effective date continued in force and is to be construed with the alterations, adaptations, qualifications and exceptions necessary to bring it into conformity with the constitution.

In the recent judgment of the High Court, that position was mercifully clarified. That non-issue was embarrassingly and needlessly becoming a point of contention. It was becoming increasingly clear that unless the misunderstanding in the matter was resolved urgently the criminal justice system was fast being undermined and rendered inefficient and ineffective. Eventually, this would have resulted in crucial decisions falling between two stools.

What is stated above is not, nor is it meant to be, a digression from the main thrust of this article. It is a necessary sub-set to the subject of the power to charge. It would be insufficient to discuss the power without clarity on whom that power invests. But perhaps most important is the manner in which the power is exercised. For that is how the justice or otherwise of the power must be assessed.

The power to charge entails considerable discretion on the part of the prosecutor. Art. 157(6) of the constitution legislates for such discretion, in its use of the term ‘may’ in qualifying the activities open to the DPP in the exercise of State powers of prosecution. Further, in exercising the powers conferred upon him/her, the DPP is required by Art. 157(11) to have regard to the public interest, the interests of the administration of justice and the need to prevent and avoid abuse of the legal process.

This is the main reason why there must be a distinction between a prosecutor and the investigator. It is not the prosecutor’s principal objective to secure a conviction, albeit that he or she has the duty to adduce before courts the strongest evidence in support of the case. The prosecutor’s highest motive must be to achieve a just resolution to the matter set for adjudication.

Codifying prosecutorial ethics, practice and procedure in instituting a criminal prosecution is clearly a step in the right direction, in light of the emphasis exerted upon fair trial and fair hearing in Arts. 25 and 50 of the Constitution.

The Bill of Rights is an integral part of Kenya’s democratic state and is the framework for social, economic and cultural policies. In Article 25 they provided that the right to a fair trial was one of the few rights and fundamental freedoms from which no derogation was permitted.

The jurisprudence of this nation has moved quickly away from the days when prosecutions were veritable ambushes on the accused. No documents or witness statements were made available to the accused, who had to do their best in cross examining the witnesses whose testimony the accused would hear for the first time during the trial. Secrecy seemed to characterise prosecutions. Indeed, how the decision to charge was arrived at was never canvassed in trials. There is no doubt that considerable injustice may have been caused.

Truth must be told, however, that the morphing of the role of prosecutors in today’s criminal justice environment makes it difficult for the law enforcers. Negotiating the dynamics of criminal justice in the multifaceted role of the prosecutor is not an easy task. This is particularly so for young or new prosecutors. It is possible for them to be mired in a miasma of confusion and fall into error, which may lead to grave injustice.

Previous article
A more prosperous, equitable Kenya possible, this is how

Why my love for Raila Odinga has dwindled