Yatani's budget and the making of Kenyan tragedy 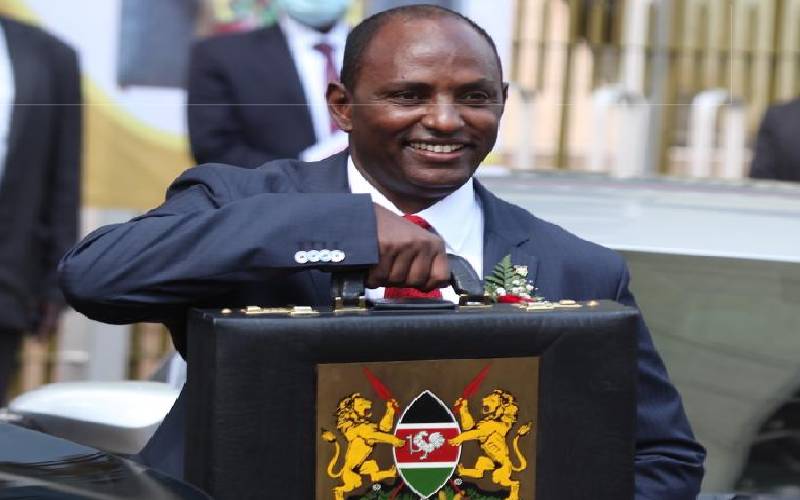 Collins dictionary defines a Greek tragedy as “a play in which the protagonist, usually a person of importance and outstanding personal qualities, falls to disaster through the combination of a personal failing and circumstances with which he or she cannot deal”. Lately, the term has been used to connote failure of the economy of Greece. Even then, the foibles of individual leaders and the effects of the financial crisis of 2008 still make for the qualities of a perfect Greek tragedy. Financial experts point out that Greece’s economic problems were precipitated by a country that lived beyond its means. Public spending soared with public sector wages rising over 50 per cent between 1999 and 2007. The government also ran up big debts paying for the 2004 Athens Olympics. After years of overspending, the country’s budget deficit (the difference between spending and income) spiralled, tragically, out of control.

SEE ALSO: Give us our Sh30 billion, governors tell Yatani

If this modern rendition of the Greek classics evokes a feeling of dejá vu, it is because it mirrors Kenya’s current financial morass. The imprudent spending of vast sums of borrowed money on projects without high-return is beginning to tell a story. It is, like in the Greek tragedy Plutus, as if the god Plutus’ eyesight has been restored at the Temple of Asclepius and the entire world is turned upside down economically. Like Greece, Kenya’s public sector wages are bloated with a wage bill to GDP ratio of 8.29 per cent, which is above the 7.5 per cent global rate. The government has also run up huge debt paying for the Standard Gauge Railway among other big-ticket infrastructural investments that appear to have no immediate financial returns. With a contracting economy, whose growth is projected to plunge to 1.5 per cent, according to a recent World Bank report, the country could be writing its own version of the Greek tragedy. Treasury Cabinet Secretary (CS) Ukur Yatani has the unenviable job of steering the nation through these turbulent financial times. Because Kenya has a budget hole where expenses are more than revenue, the CS proposes to borrow both domestically and externally to bridge this deficit, which stands at Sh840 billion. A statement attributed to him says, “Japan has borrowed 238 per cent of its GDP, the US is at 107 per cent while Kenya is only at 57 per cent. All these countries have developed because of borrowing”. No doubt the CS has Kenya’s best interests at heart. But the statement on borrowing passes for a sophist’s attempt to explain away the inexcusable. The juxtaposition of Kenya’s and Japan’s borrowing makes Kenya’s debt seem favourable; until other details are examined that reveal an economy of truth.

For instance, no comparison is made of the interest rates on loans taken up by both countries. Kenya has been known to take up short-term expensive debt like the Eurobond. It has also taken up loans for infrastructural development at near double-digit interest rates. These external loans are subject to the vagaries of foreign exchange fluctuations. Every time the Kenya shilling devalues, the country’s indebtedness increases by a significant margin. Japan, on the other hand, relies nearly exclusively on domestic debt. Some 70 per cent of Japanese government bonds are purchased by the Bank of Japan and 25 per cent of these bonds are held by Japanese banks and trust funds. Only a paltry 5 per cent of government bonds are held by foreign investors. Japanese debt is thus insulated from foreign exchange fluctuations. Further, the interest rates on these bonds are, many times, negative, meaning the government pays back less than it borrows. CS Yatani’s budget proposes to borrow Sh493.4 billion domestically and Sh346.6 billion externally. This is even as the International Budget Partnership Institute of Public finance has termed unrealistic the CS’ Sh2.7 trillion spending plan for the 2020/2021 financial year. A memorandum from them cautions against the government’s appetite for debt saying: “The amount repaid as public debt is increasing amid reduced revenue collections owing to the recent tax laws amendments and a large government expenditure fuelled by the executive arm." There are calls for Kenya’s public debt to be restructured. The rate at which it has borrowed points it towards debt distress. The aphorism “when your outgo exceeds your income, your upkeep is your downfall” is an apt description of where the country stands and where it is headed sans interventionist measures. With Covid-19 threatening to exacerbate an already bad environment, one wonders whether Yatani will safely juggle all his balls or whether he is set up to be the face of the Kenyan tragedy! Mr Khafafa is a public policy analyst

SEE ALSO: We will not be whipped into losing cash, vow senators as vote looms

Wambua Sammy & Emmanuel Too 17 minutes ago