A pan-African approach to sharing knowledge 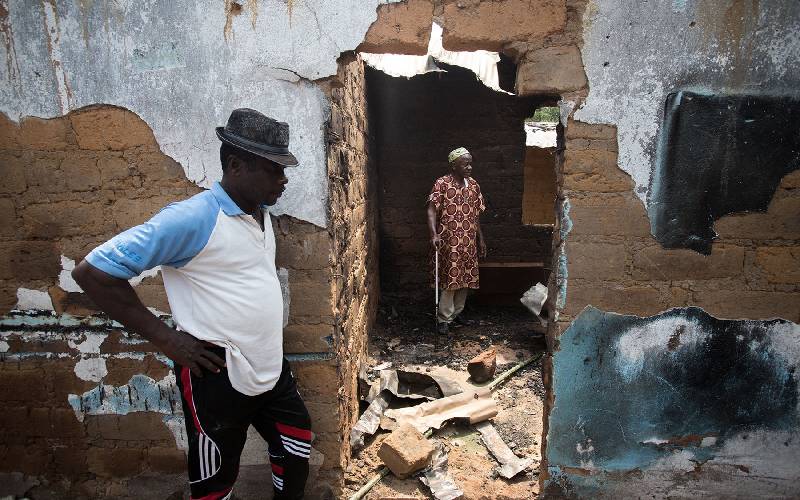 When Kwame Nkruma passionately advocated for pan-Africanism, his thinking was premised on the desire to see greater integration of the African people to share knowledge and resources. There is no doubt Africa is rich in human and natural resources, but most of these valuable resources hardly impact the lives of the people.

It never really occurred to me that to reach Cameroon from Kenya, all one needs is to cross Uganda and the Central African Republic and voila, you are in Yaoundé Cameroon. Little did I also know that Cameroon has contributed a lot towards pan-Africanism.

One of the most celebrated sons of Cameroon is Manu Dibango, a saxophonist who sang the famous Soul Makossa; a 1972 debut that inspired stars like Michael Jackson. Much later, the spirit of defending black rights and by extension pan-African sentiments can be inferred from Michael Jackson’s solo album “All I know is that they don’t care about us”.

Michael Jackson’s lyrics are full of passion to defend African rights, whether in the diaspora or at home. The frustrations Michael Jackson showed, of course, have been expressed by other similar renowned artistes such as Bob Marley in his song “Zimbabwe”, where he states “Divide and rule will tear us apart”.

During my stay in Yaoundé, I reflected on the times when a Cameroonian international soccer star made Africa proud in the 1990 Fifa World Cup in Italy. Rodger Milla propelled Cameroon to become the first African country to reach the quarterfinals of the World Cup.

The curse of colonialism is, unfortunately, beginning to haunt Cameroon. A few months ago, a separatist group from the Anglophone section of the country proclaimed its intention to secede. The conflict is believed to have claimed more than 2,000 lives and displaced thousands of residents in the north and south western parts of the country.

This conflict-affected region is now paralysed and no development is taking place. President Paul Biya has so far shown willingness to hold talks with the aggrieved groups to find a settlement. The Anglophone people in Cameroon complain of exclusion and lack of government investments in their areas.

Ironically, the objective of my mission, being part of a Kenyan government delegation, was to participate in south-south learning and information sharing meetings. Just like the northern parts of Kenya, Cameroon is also battling the Boko Haram, an outfit similar to Al Shabaab that has become a thorn in the flesh of the Kenyan government.

North western Cameroon, similar to North Eastern Kenya, has been rendered insecure by extremist terror groups that have made development planning and implementation impossible. The World Bank is funding a very crucial road stretch in both countries in an area that faces serious insurgency.

The Cameroonian government though, has innovatively recruited the Military Corps of Engineers to undertake and oversee both the securing of the project area and to perform the civil engineering aspect. This is a unique concept because for the military to perform a task that ideally is a preserve of the civilian contractors is a first of its kind.

This is food for thought for us in Kenya even though the level of violence has been less intensive here. The use of the military to provide security has also been experimented in the construction of the Lamu to Garsen road that previously was an area under the threat of terror by the Al Shabaab.

This means the role of the defence forces in Cameroon is slowly changing from being one of defending the territorial integrity of a country to undertaking development activities.

This new approach is controversial in the sense that civilians by nature do not relate well with the Army.

In a country like Kenya, the relationship particularly between the people of Northern Kenya and the military has never been rosy.

Examples abound where the military has been accused of gross human rights violations. However, despite one finding this an innovative idea, this concept is not likely to see the light of day in Kenya.

Back to insurgency problem in Cameroon, the devolution of power and resources like those that we did in Kenya could end the animosity between the Francophone and the Anglophone communities. After all, most of the conflicts in Africa are caused by exclusion and lack of equitable sharing of national resources.

By Rosemary Nzuki | 16 hours ago

By Isaac Kalua Green | 17 hours ago