Why the most greedy, vile, criminal lead us

By Mark Bichachi | 3yrs ago 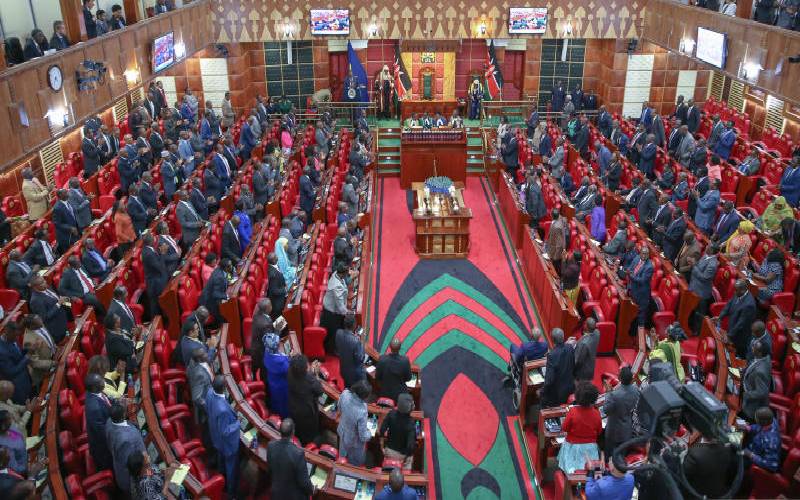 If a million shillings per month is not enough for you, then heaven and earth do not have enough in them to satisfy your greed.

The boundless greed contained in the average Kenyan politician is indeed the eighth wonder of the world.

Their greed is driving this nation to its knees, while we dance and sing for criminal politicians and anoint their heads with oil declaring them the chosen of the Lord.

Does God hate us?

The question that must then be asked is why does God hate us so? That he would chose for us such foxes for leaders.

God sat down in his wisdom, according to our prophets, and chose for us leaders who are greedy, corrupt, inept, and of late criminal masterminds capable of swindling royal families off of billions.

It is easy to forget that our “leaders” and waheshimiwa have been allegedly involved in the illicit drug trade and we laughed about it and called them pharmacists, they stole our heritage and sold rhino horns and elephant tusks and we forgave and forgot, yet still recently they imported belly dancers and we were slightly tickled by the idea that one of our leaders was allegedly involved in human trafficking.

Before the ink had dried on these stories, raids in bank vaults and homes netted billions of dollars and shillings in fake currency.

A fact that should have us shaking in our boots for if such amounts of fake cash were introduced to our meagre economy, it would simply collapse.

But that was not enough for these so-called leaders of ours, now they are dealing in fake gold, allegedly. The facts are laid bare and visible to anyone with eyes to see.

No one prepares to deliver real gold by putting cement and sledge hammers in metal boxes.

It is clear then that Kenya has become a nation of “flamboyant businessman” who are “politically connected” and untouchable.

So untouchable are they that they do these businesses under the tight security of the police.

Tell me where else in the world would a criminal operation be guarded by elite police? Imagine if Pablo Escobar had a police officer guard his warehouse? The impunity in this nation is ridiculous, and we the citizenry are not angry, quite to the contrary, we are in awe.

Age of the sleek politician

You see when flamboyant businessmen show up at the club, they have special VIP sections, they drink only the finest liquor and we watch them in envy as our girlfriends are lured into their greasy arms.

We are not angry at them, we want to be them. We are a nation of slay kings and slay kings in-waiting.

When they come to pay bride price for our sisters with top of the range car convoys and helicopters we thank God that finally our daughter has made it and wealth will be our collective portion forever.

My mother taught me that bad company corrupts good morals, but theirs is the company we crave, politicians and flamboyant businessmen are the biggest guests at our church harambees and we offer divine money laundering services: you steal all you can, just bring us ten per cent and your money shall be as white as snow.

What is worse, is that it seems the case that all young political mentees are minted from the world of illicit trade and conmanship.

The number of young politicians associated with one scam or another is alarming. It seems as if it is a requirement now to have a shady past before running for office.

This is, of course, accelerated by the fact some of our governors are self-confessed prison prefects.

For God to choose you to lead, you must be able to pull your weight in a harambee.

For indeed, the Kenyan God helps those who help themselves. Indeed feel free to help yourself to the hopes, dreams and lives of Kenyans. Serve yourself with the biggest spoon you can find.

Just remember to let the crumbs fall to the church waiting under your table, then God will chose you to lead.

God will stop his sermon so you can insult another politician for eating the same broth you are. This God will give you time to interrupt the burial of the dead, to satisfy your need to fool the masses.

Any sense of a higher virtue?

Greed is greater than faith. Selfishness a higher virtue than sacrifice for in Kenya leadership is the vow not to die poor. Steal, steal all in sight, the Lord shall forgive. Just pay your tithe. This is our disgusting mantra and we don’t seem to want to stop.

When the next election comes along, we will queue again and vote in the biggest thieves we know, hoping that like Lazarus, we shall fill our stomachs with the droppings of their greed. We will wonder why a poor person who doesn’t give us money at his meetings and instead will sell us strange things called ideas would dare run for office. “Hana pesa” is enough reason for one to lose your vote.

One can only draw one of two conclusions; our God is a sadist who enjoys choosing leaders by measure of greed or Kenyans are worshippers of the monied, no matter the source of the money. I surmise that we are a nation of greedy leaders supported by the greedy in-waiting.

Thus God is not wrong in choosing for us the leaders we have, because if a people are selfish and greedy who better to lead them than the most vile, criminal, greedy and selfish of them all?