This is how we can brace ourselves for globalisation 4.0 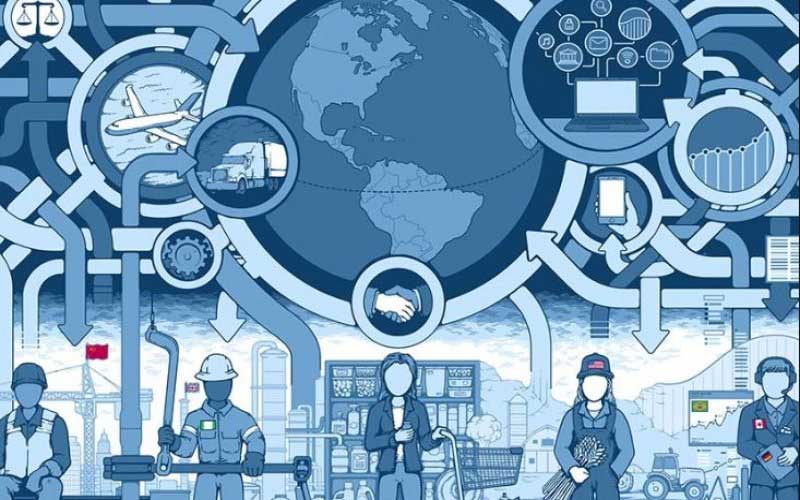 Globalisation has shaped humanity since time immemorial and in different forms. It is a phenomenon driven by technology and the movement of ideas, people, and goods.

Early recollection for instance can be traced to the trade connections that existed between Africa and Asia, or between Europe and Asia or Africa, this portrays some form of interconnectedness.

We have also witnessed a different form of globalisation through colonisation, the two World Wars and the establishment of the United Nations. Globalisation is not a single notion that can be interpreted and bordered within a set timeframe.

21st century globalisation has opened the opportunities brought by the presence of the internet, advanced technological knowhow, which has become top notch than any other time in man’s existence, while at the same time exposed the world to the rapid emergence of ecological constraints, the advent of an increasingly multipolar international order, and rising inequality.

Noteworthy is that the unprecedented pace of technological change means that our systems of health, transportation, communication, production, distribution, and energy – just to name a few – will be completely transformed.

Managing that change will require not just new frameworks for national and multinational cooperation, but also a new model of education, complete with targeted programs for teaching workers new skills.

Globalization 4.0 according to Prof. Klaus Schwab will therefore require from us: a wider engagement and heightened imagination (systemic thinking that is beyond one’s own short-term institutional and national considerations).

With this, measures need to be put in place to ensure that people within countries or communities are developing a mentality that expands their world view; and especially through education. We do need therefore to develop an education that is not just centred around national aspects but that which captures humanity’s aspirations as a whole.

A good example is our work with the Know Your World Initiative (KYWI)- a program of the Centre for International and Security Affairs (CISA) focusing on enhancing global citizenship and people to people relations among the young generation- it seeks to break the existing education curriculum barriers by nurturing young minds into world affairs from as early as fourteen years.

Students get to learn about different countries in the world, their social aspect, political, cultural as well as economic. And with this, they get to know that there is basically little difference among Kenyans and citizens in other regions of the world. That the problems that we might be facing here, could be problems being faced by people in let’s say Angola, enabling us to share and learn from each other. Or that the same opportunities we are having here could be the same that a person in Canada might be enjoying, enabling us to appreciate our circumstance even more. It simply helps young people to stop living in a bubble.

Another important project under the KYWI is the sustainable development Goals Challenge #SDGChallenge. In this, students identify problems within their schools and they come up with sustainable ways of solving this problem in line with the global goals.

This program has brought in some form of responsibility amongst these young people that even when they leave school, they know how to live as responsible citizens of the world, because one thing that they have learnt is that phenomena like climate change have no boundaries, and the way it affects Kenyans could likely be the same way it affects someone in Nigeria.

An integration of this program across all our schools will go a long way in preparing future generations into the inevitable future of the 21st century world.

Globalisation has been part of humankind taking different forms from time to time. We are in an irreversible path to deepen our human connections thanks to technology, as such we should strive to be responsible in what we do having in mind that the world is a shared space that belongs to all of us. If we destroy it we are ruining the lives of generations to come.

Joel Okwemba and Vincent Mirang’a are members the Know Your World Initiative (KYWI)– A program under the auspices of the Centre for International and Security Affairs (CISA).

TSC should climb down and end row with union