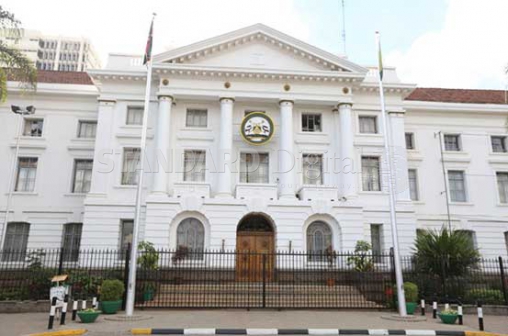 Nairobians start the New Year with fresh concerns on the way the country’s capital is being managed without an organizational structure and delegation of authority. The one man show by Mike Sonko has exposed the underbelly of the revenue rich county after months of PR stunts.

Revenue collection has dropped despite automation of various payments and claims of clearing cash syphoning cartels. The revenue realised was only 58.7 per cent of the annual internal revenue target. This casts doubts at the county’s revenue strategies.

The report shows 40 percent of people parking in Nairobi do not pay. Mabatini MCA Wilfred Odalo observed that close to 11,000 clamped cars are released without paying the county release fee.

Parking fees had contributed Sh787.3 million by the end of the first half of FY 2017/18, a decline from the Sh1.9 billion in 2016/17. This despite the Sonko administration basing their campaign on anti-curruption and criticizing former Governor Evans Kidero for skin-deep corruption. The situation at City Hal shows Dr Kidero actually performed better.

Revenue collected from single business permits at the end of the first half of 2017/18 realised only 10 per cent of the annual target of Sh3.6 billion.

The Sonko administration has been put on the spot for not cancelling JamboPay contract, which has been implicated in other revenue collection compromises, including at the NHIF.

Sonko management skills have also been questioned due to the large number of County Executives resigning leaving only 3 CECs in the county which has operated without a Deputy Governor after the resignation of Polycarp Igathe.

Former Nairobi Education executive Janet Ouko revealed how the county is run by an emotional governor who threatens all his workers and has created an environment not conducive for productive work.

The disorganization is largely a result of the governor over-relying on a close circle advisers. It won’t be surprising to discover that that some of the county revenue is used to reward the ever growing work force at Sonko Rescue team who do county duties already allocated to county workers.

In the process cartels aligned to the governor has taken over toilet management and running of bus termini. The powerful county secretary, Pauline Kahiga, is trying to clean the mess in administration at the City Hall. The young lady needs Sonko’s confidence and support to streamline operations.

Nairobi is experiencing drugs shortage in public hospitals. The explanation that the number of patients have increased hence the shortfall doesn’t hold water as this should have been anticipated.

Bad leadership at city hall is likely to lead led to a decline in foreign investors, with the Chinese already complaining of intimidation. This is the reality of a county without water in the slum areas, medicine in the hospitals, security in the streets and where investors don’t feel safe with selective demolitions.

Sonko must reconsider his management policy to stop from going down the drain.

The writer comments on topical issues

By Emmanuel Kiio | 38 minutes ago

By Victor Ng’ani | 2 hours ago

By Suleiman Bashir Salah | 14 hours ago

By Newton Ngugi | 17 hours ago