Let’s reflect on what our nation genuinely needs

When the country took the bold step in 2010 to reward itself with a new Constitution, it was committing itself to a very heavy responsibility.

The easy part of passing the constitution was done. The heavier side of implementing it began but with little understanding on what it would entail.

Our collective excitement with the new institutions, new positions and new rights must have blurred our obligations to the new order and to disastrous consequences.

The indicators were always there. The 2016 Auditor General’s report on social economic impact of the 2010 constitution highlighted troubling issues which should have raised alarm on where Kenya is headed.

For a start, his finding flew up in the face of those of us who believed the Constitution was an expensive venture and hurled it back on the Executive and Parliament to appreciate the situation obtaining at the moment.

“This audit has shown that public spending is on increase but this is not attributable to implementation of the Constitution. Policy choices by both the Executive and the Legislature have occasioned increased spending in certain sectors and, therefore, one cannot blame the Constitution as an expensive venture,” the Auditor said then.

In essence, the auditor was reminding us on the sense of occasion for the big spending we were making as a country. Our big spending coincided with the roll out of new institutions, devolution and all that appertaining to the new constitution.

But that was the least of the Auditor’s worry. The upshot of his audit was the finding that wastage of resources was on the increase, judged on the basis of growing ‘unsupported expenditure’.

For instance, in a single year -- 2013/14 -- the country witnesses an unprecedented increase in ‘unaccounted expenditure’ from two per cent (Sh37 billion) the previous financial years to five per cent (Sh67 billion).

For this reason, the purge against graft was always the one to remedy the situation. We have a new Constitution and until it is amended, it is the supreme law of the land.

Also, the Auditor picked issue with increase in public expenditure and the wage bill, but this did not blame it on the Constitution. He apportioned it to national development programmes by the national government.

This called for clear strategy to reduce the public wage bill, restructuring of public service and prudent financial management systems. Riding on this, the President proposed stiff austerity measures to save the country from plunging into a hole, measures which were at the time mocked by many. A Former finance minister, he could tell where we were headed.

His roadmap for restructuring the bloated parastatal regime was frustrated by the bureaucracy despite clear-cut proposals on how to go about by an independent task force led by financial brains of top caliber.

In the middle of these, elections beckoned and the country shifted gears. Come the 2018 post- election period and the chic kens came home to roost. The President identified the purge against graft as a low hanging fruit in the endeavor to seal leakage.

Determined to secure his legacy, he outlined his Big Four agenda and even sacrificed political pride through the handshake with Opposition leader Raila Odinga. The country yearns for growth yet it has put the President in a very tricky position.

We are now at a very critical time when bold decisions must be taken to reorganise Kenya’s institutions, shift to a higher gear in corruption purge and scrap institutions which are not adding value to the Kenyan taxpayer. Increasing taxation measures will in the end not help if we continue to retain the same bloated parliament, loss-making parastatals and allowing corruption to fester.

For once, let each and every one of us take a deep reflection on what we can do to not only save public funds but also create more wealth for the country.
- The writer is former MP Dagoretti South.

Schools from all parts of the country that scored 243 marks and below during the 2013 and 2014 KCPE were selected for this programme.

By Aarti Krishnan | 20 hours ago 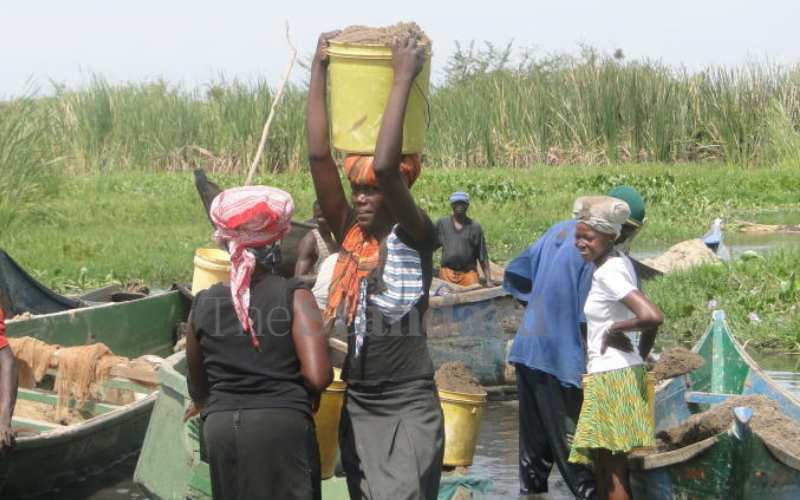