Blurring truth and values will usher in dictatorship 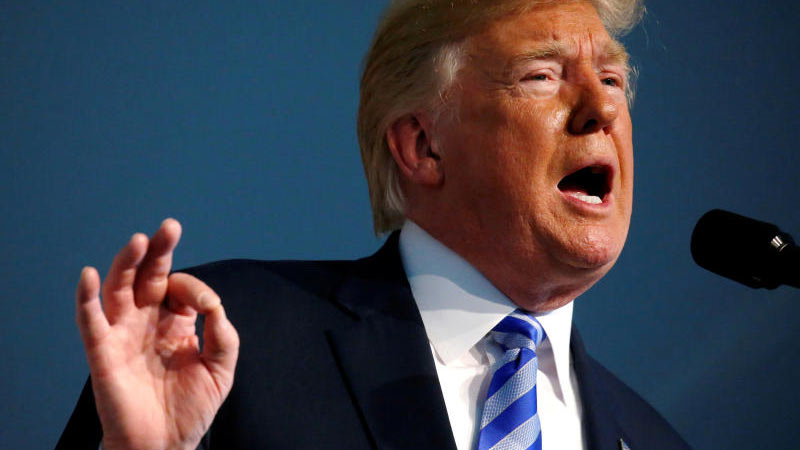 No figure dominates the airwaves quite like Donald Trump. We may love or hate him but how many of us go through a single day without a mention of his latest tweet or outlandish comment.

Trump appears the quintessential egotist; more concerned about megabytes than the content or veracity of his utterances. Don’t look for consistency in policy or inspiration in his tweets. The man confronts then backtracks in a manner that makes you wonder if he is bipolar.

Trump dismisses everything he dislikes as fake news. Yet, the Washington Post exposed his tendency to lie or mislead when they revealed that in his first year in office he made 2,140 false or misleading claims. That works out at 6 untruths per day.

When his lies are exposed, as Barrack Obama reveals, rather than apologise he continues to lie until such time as lies and untruths have become the norm. We are bombarded then with fake news, alternative facts and we all suffer from truth decay.

But how did we get here and how have we tolerated this rot in public discourse? What are the consequences of living in a world where there is no clear distinction between truth and lies and where one opinion is considered just as valid as another? It would seem that the rain began beating us way back in the 1960s with the emergence of relativism as a doctrine.

Briefly, relativism teaches us that there are no universal truths and so my opinion is just as valid as yours. Of course, that lets us all off the hook in terms of adherence to truth and it also allows us to justify almost every type of behaviour. Worst of all it leads to the banality and trivialisation of public life.

So the emergence of Trump and other ‘big men’ in Turkey, Philippines, North Korea, China, Russia and elsewhere is not by chance but the end product of a culture of relativism and a generation obsessed with self that became known as the ‘Me Generation’.

We have now become blasé about values and truths and as a result so called leaders can get away with murder. When lines are blurred between fact and opinion we see the re-emergence of totalitarianism that is manifest in the growth of nationalism, xenophobia, tribalism and the dread of social change. In the process democracy takes a battering and all democratic institutions are fair game for attack: the judiciary, the press and the legislature.

The end product is that we get autocratic leaders who trample over the rule of law while the public remain silent and indifferent. The wisdom of the late Patrick Moynihan should serve as a warning, ‘Everyone is entitled to his own opinion, but not to his own facts’   but do we want the burden of heeding or we succumb to hedonism?

But of course this assault on truth and its pursuit is not confined to the aforementioned countries. The online attack on The Standard journalist Paul Wafula after his disclosure in this newspaper of the racism, wastage, corruption, discrimination and debts in the SGR Mega Project indicates that we are headed in a similar direction.

Social media has added to the blurring of truth and the government uses our taxes to hire teams to spend their working day discrediting the truths that Wafula and others are revealing.

This is appalling but hardly surprising when we consider how dismissive this regime has been of the press and how in late January it shut down all TV stations until such time as one station sacked its news editor.

The press are constantly being told to tell the story of both sides and to remain neutral. When the government says that know that they mean being neutered rather than been neutral. Put another way, CNN Anchor Christina Amanapour says, ‘I believe in being truthful, not neutral’.

That is the role and mission of the press and Civil Society. Fake news is an attack on democracy on the values that we cherish as a society. As we celebrate the centenary of the birth of Nelson Mandela, what an opportunity to reflect on leadership, truth, self-sacrifice and community: The truth is that we are not yet free; we have merely achieved the freedom to be free, the right not to be oppressed. For to be free is not merely to cast off one’s chains, but to live in a way that respects and enhances the freedom of others – Nelson Mandela.