Two people were killed during a foiled attack on a ward administrator in Homa Bay County.

The dead are Evans Adoyo, a brother to Wang’chieng’ ward administrator Felix Adoyo and an unidentified man. The incident began when the unidentified man tried to gain entry to Felix’s hotel room at Maguti village, Rachuonyo North sub-County.

According to the area assistant chief Wilson Were, the suspect went to the hotel at 2am on Wednesday but when Felix realised that someone was struggling to open the door, he raised an alarm. Residents, including Evans responded and found the unidentified man trying to open the door to assault Felix.

The assailant attacked Evans with a machete. He was taken to Kendu Adventist Hospital at Gendia where he was pronounced dead.

Residents who responded to the distress call caught the assailant and upon hearing that Evans had died, they lynched him.

“Evans was among the people who responded to rescue his brother before he was attacked,” said Were.

“Nobody was able to identify the man. He could speak Kiswahili only.”

“He did not have any identification document. Our officers found him dead and his hands were tied with a rope,” Parteiyie said.

The police boss told residents to avoid taking the law into their own hands. 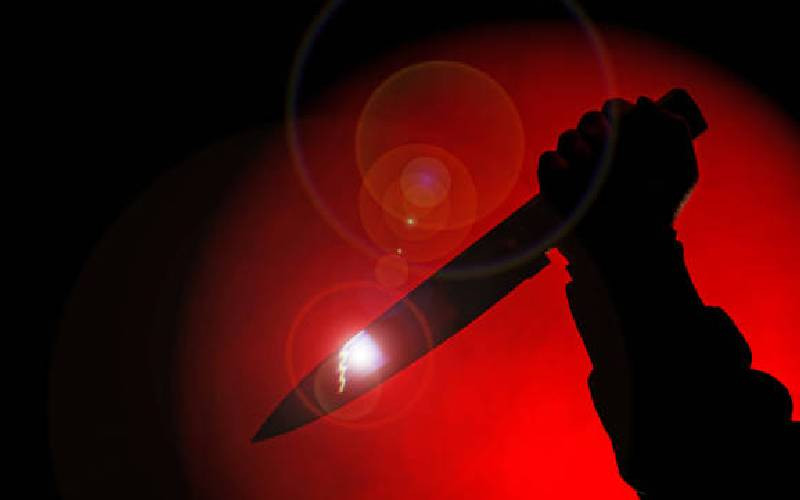