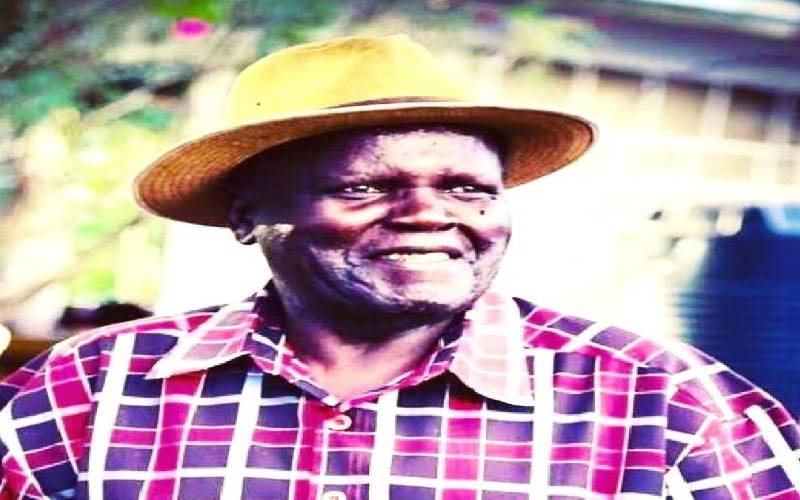 Fondly referred to as Gogni (rock), Olang’, who hailed from Karungu in Nyatike constituency, died aged 81, after a long illness.

The MP was taken to hospital last week and was discharged, but his health deteriorated on Sunday. He died after being rushed to St Camilus Hospital in Karungu, Migori County.

His brother, Ezekiel Olang’, said the former MP had initially been recovering well at home under the care of his doctors.

“His death has shocked us as he seemed to be in stable condition...,” he said.

Olang’ served as an assistant minister for Constitutional and Justice Affairs between 1979 and 1983.

He rose through the ranks from a police officer before plunging into politics and being elected Ndhiwa MP.

He joined Parliament through a by-election in 1977 after the area MP Odero Jowi ditched his parliamentary seat to join the United Nations.

He represented Ndhiwa when Kadem in Migori County was part of Ndhiwa before it was split in 1988 to create Nyatike and Ndhiwa constituencies.

In 2003, President Mwai Kibaki appointed him as the board chairman of the Lake Basin Development Authority.

He left politics in 2017 after failing to capture the Kachieng MCA seat.

Migori leaders, who sent condolences to his family, described the departed former MP as an invaluable political veteran, who contributed greatly to the development of the county.

Migori Governor Okoth Obado described him as a political mentor.