Nyamira Governor John Nyagarama's body has been airlifted to his Riamonoti home in Borabu Constituency this morning.

The body left Lee Funeral Home some minutes past 8am in a Kenya police chopper whch landed at Riamanoti Primary School shortly after 9am.

The family will hold brief prayers before proceeding to Nyamira Primary school grounds where the funeral service will be held under the leadership of the Seventh Day Adventist (SDA) Church where the deceased was an  elder.

Nyagarama will be laid to rest at Tente area in West Mugirango and within the Nyamira Municipality.

Interior Cabinet Secretary Dr Fred Matiangi will be leading a host of professionals in eulogising the deceased while the Kakamega Governor Wycliffe Oparanya and his Kisii Counterpart James Ongwae will lead the political class.

Nyagarama, 74, died last Friday at the Nairobi Hospital Intensive Care Unit (ICU), where he had been admitted for more than two weeks.

His family said that he developed breathing problems. 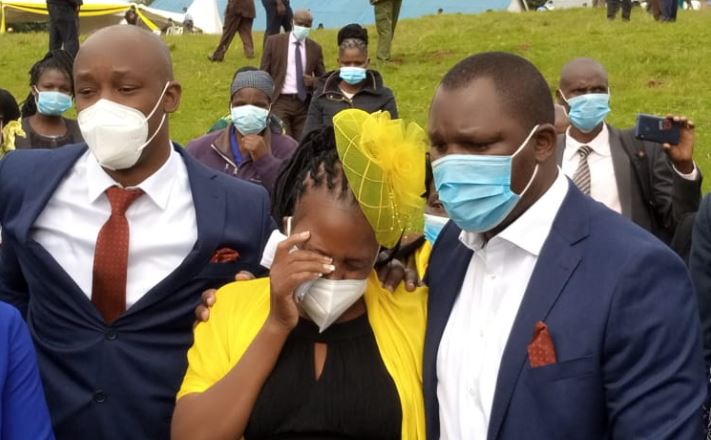 Nyagarama’s first wife, Dorcas Sigara, died in 1998, leaving him with 10 children. She was buried at Riamanoti village. George Ndemo Nyagarama, the Governor’s eldest son died in 2018. Nyagarama later married Naomi and  settled at Tente after the deceased’s 2013 election victory. He is survived by nine other children.

The governor elected on an Orange Democratic Movement (ODM) ticket becomes the third governor to die in office.

He served at the Kenya Tea Development Agency (KTDA) and grew through the ranks from being a management trainee to a director.

Cavani, who scored two minutes from time before Anthony Martial netted United's second, received only a verbal warning from referee Bobby Madley after