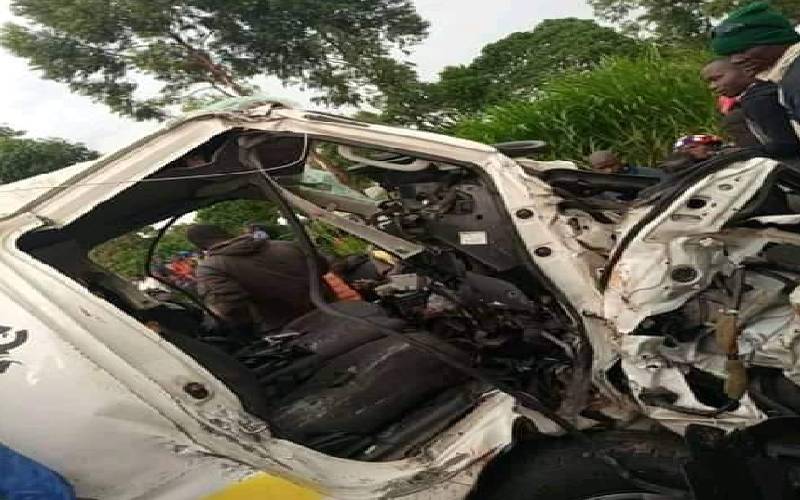 Four family members were killed in a road accident on their way from a relative's funeral on Tuesday evening.

The accident occurred near Kadongo Market on Oyugis- Kisii Road in Homa Bay when a 14-seater Nissan matatu collided with a truck head-on killing three people on the spot and injuring seven others.

The six who survived the tragedy were admitted at the same hospital.

Eyewitnesses said the lorry driver was avoiding a speeding saloon car before it collided with the on-coming Nissan matatu.

The bodies were moved to Rachuonyo South Sub-county hospital morgue.

The accident which occurred during heavy downpour heavy traffic jam on the highway for close to one hour as rescue operation took place.

“It seems the lorry applied emergency brake before the collision occurred,” Rop said.

The driver of the ill-fated truck fled the scene after the accident.

Both vehicles were towed to a local police station.

The involvement of the company was part of the reason the Nyeri County Assembly was opposed to the project.

By Harold Odhiambo and Isaiah Gwengi | 23 hours ago

Race against time for eight still stuck in mine