Three people have been trapped, while two others escaped from the jaws of death with serious injuries, after a four-storey building collapsed in Kisumu on a Tuesday night.

According to police reports, Robert Gitau who was one of the masons constructing the building which is located within Coptic area, West Kajulu location in Kisumu East Sub-County, reported the incident.

The reports had it that Gitau and his five colleagues were resting in one of the rooms on the first floor of the building, after a long day’s work.

The six were about to retire for the day when the building collapsed.

“We rescued the three who escaped with serious injuries. They were resting in one of the rooms on the first floor of the four-storey building,” said  Officer Lolmodon.

The police boss said that Gitau and his two other colleagues who were identified as Moses Ongai and Duncan Katachi were rushed to Jaramogi Oginga Odinga Teaching and Referral Hospital (JOOTRH) for treatment after they sustained serious injuries.

Officer Lolmodon said police had embarked on a rescue mission of the other three people who remained trapped beneath the rubble.

He noted that a disaster multi-agency team had been set up to rescue the remaining masons who were identified as Dismas, Dickson and Collins Ndombi. 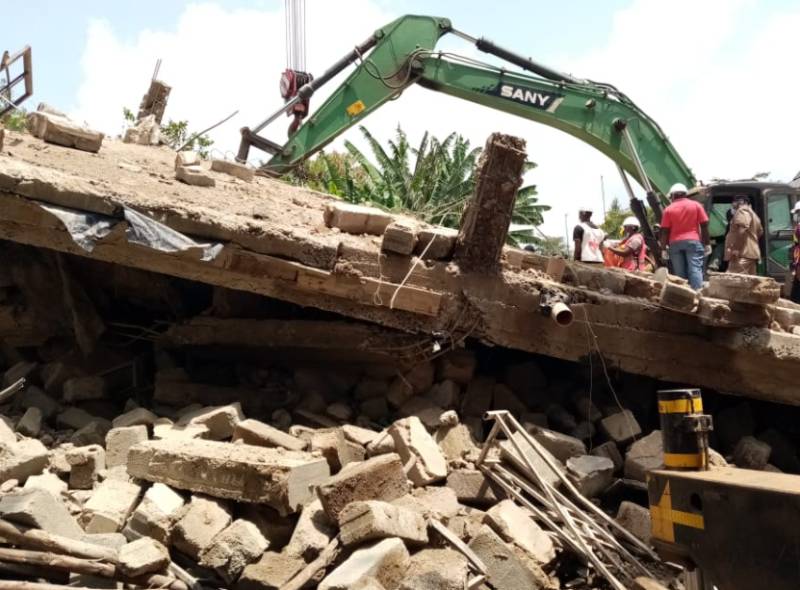 The three have been trapped under the building for 18 hours since the building collapsed to 10 am on Wednesday when the rescue mission was still being carried out.

The owner of the building, Wilkister Masila said that the building which was almost being completed but had no tenants.

“I don’t understand what really happened I just received news that the building had collapsed with workers inside it,” said Ms. Masila.

She said she was now left with a burden of repaying the Sh15 million loan she had taken to do the building.

Kisumu County Commissioner Josephine Ouko said that one of the people trapped under the building was still alive. 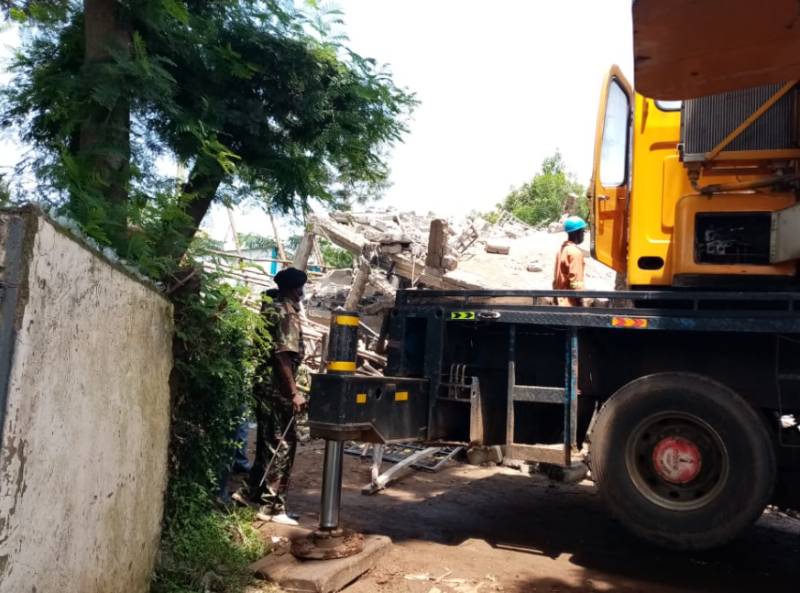 She said that efforts were being made to rescue him and trace the other two whose whereabouts were not yet established.

“We have a very good response from the county and national response teams. We are hoping probably after the next one hour that we will be able to rescue the one who is still talking,” said Ms. Ouko.

Sh1.5m toilet caves in a day to finish