Why Governor Nyong’o is walking a tight rope 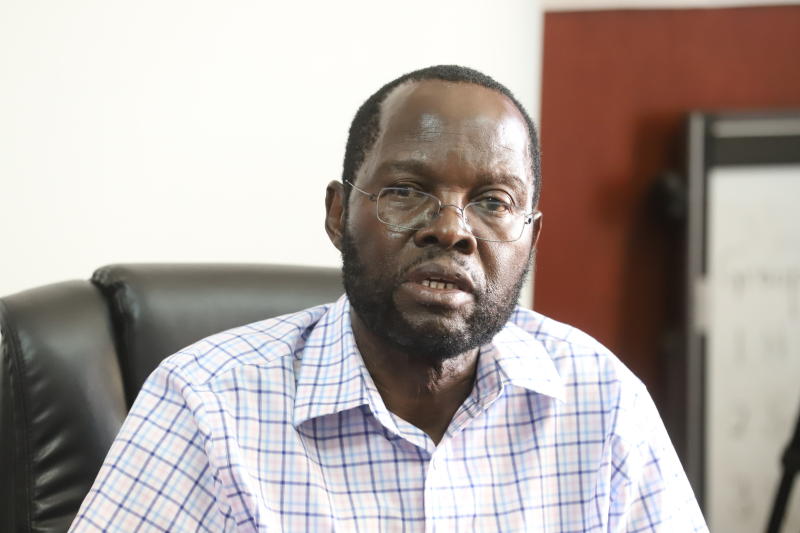 Kisumu Governor Anyang’ Nyong’o (pictured) is racing against time to stop the turbulence rocking his two-year-old government amid growing crisis in the county’s limping health sector. With critics now attacking from all directions, Prof Nyong’o is walking a tight rope as some of his development agenda face setbacks. From a battered economy caused by recent demolition of hundreds of business premises by Kenya Railways, a grumbling work force irked by salary delays and hungry contractors, Nyong’o, who burst in to Prosperity House as a reformist in 2017, is burning his midnight oil as he strategises on how to steady his ship.

Weeks after winning praises for demolishing the infamous mounds of garbage at Kachok dumpsite and even before he could celebrate the achievement, the governor was jolted by a workers’ strike after his finance officers failed to pay salaries for the third month, sparking uproar. He blamed the delayed pay on failure by the exchequer to release money to counties but the workers sought to know where other counties were getting the money to pay their employees. The strike by health workers including doctors, clinical officers, nurses, laboratory technicians and support staff continued yesterday as public health facilities that are normally busy, such as Kisumu County Referral Hospital remained paralysed. The workers now claim they were being intimidated to return to work yet their bank loan deductions had not been remitted for nearly five months. “We will remain outside until they pay or else we won’t be cowed by anyone,” said Chairman of the Nurses Union, Maurice Opetu.

Long petition Pressure to salvage an ailing health sector; excessive spending, huge deficit on wage bill, endless court cases and poor collection of revenue are among issues shadowing Nyong’o’s tenure. Last month, Nyong’o suffered a setback after the County Assembly rejected his Sh10 billion budget and impeached his Finance Executive, Nerry Achar. The court however reinstated him, and at around the same time, MCAs staged a coup against Speaker Onyango Oloo and later approved the budget. Nyong’o’s administration however is putting a brave face in the wake of what is now turning into a crisis and has since ordered health workers to resume their work. Early this week, Health Executive Judith Attyang told the striking workers to report back to work saying their demands had been met.

Attyang said those who fail to report to work would face consequences. The public on the other hand is piling pressure on Nyong’o to resolve the crisis that has affected the health sector that has also adversely affected implementation of the Universal Healthcare Coverage. Chairman of Kisumu Residents’ Voice Association, Audi Ogada early this week presented a long petition to the Senate asking it to summon and censure Nyong’o over alleged poor leadership. Early this week, a Facebook post by the governor on his official page in regards to his recently published book became a center of criticism as tens of social media users piled pressure on him. Charles Olando, a social media user posted: “Pay nurses and doctors, PR will not treat patients in Kisumu”. But it is not just the health sector, has it has emerged that Nyong’o’s administration is also struggling to collect revenue despite automating its collection systems. Director of Communication Aloyce Ager however denied that there is a crisis, arguing that there are a number of achievements since they came to office. “I do not think we have a crisis. The report by the Controller of Budget was positive and also indicated that development had increased by 225 per cent,” he said. Yesterday, Nyong’o downplayed the crisis facing his government and instead reiterated his commitment in improving healthcare and infrastructure. He was speaking at Kombewa, where he and Kenya Medical Training College Chairman Philip Kaloki unveiled a new bus and four classrooms.