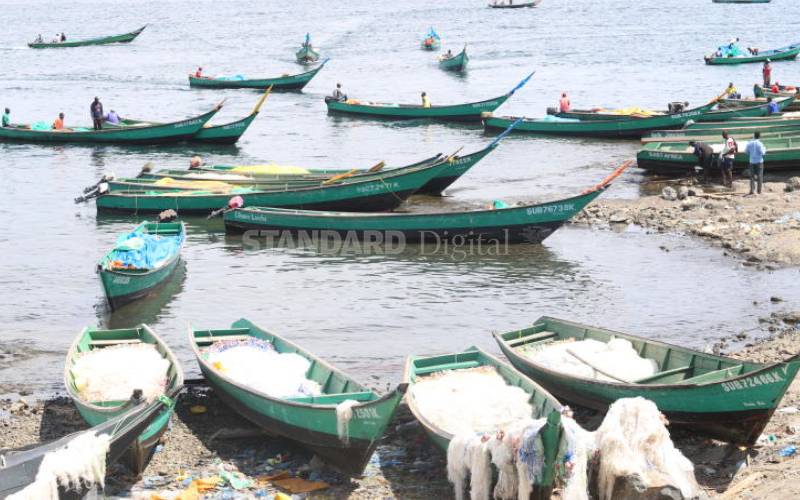 Six Kenyan fishermen have been arrested by Ugandan authorities in Lake Victoria.

The fishermen from Remba Island in Homa Bay County were arrested on Friday evening at about 7pm.

They were apprehended for allegedly trespassing into Ugandan waters.

The six were taken to Hama Island in Uganda for detention in a police cell.

The fishermen were forced into the cell after they hesitated to move out of their boats.

"The security officials also snatched fish of an unknown value from the six," Mamra said.

Mamra called on the Government to intervene and save the fishermen.

Mbita Sub County Police Commander Charles Mwangi said he heard about the incident though he had not received an official report.

Odhiambo said Kenyan security officials do not patrol in the lake the way their Ugandan counterparts do.

She said there is a need for the government to purchase boats for patrolling in the lake to cushion fishermen from frustrations by pirates and Ugandan and Tanzanian authorities.

Wambugu has maintained that Nyeri Town will not host leaders undermining President Uhuru Kenyatta and campaigning for 2022.

By Nicholas Mburu | 9 hours ago

By Isiah Gwengi | 11 hours ago