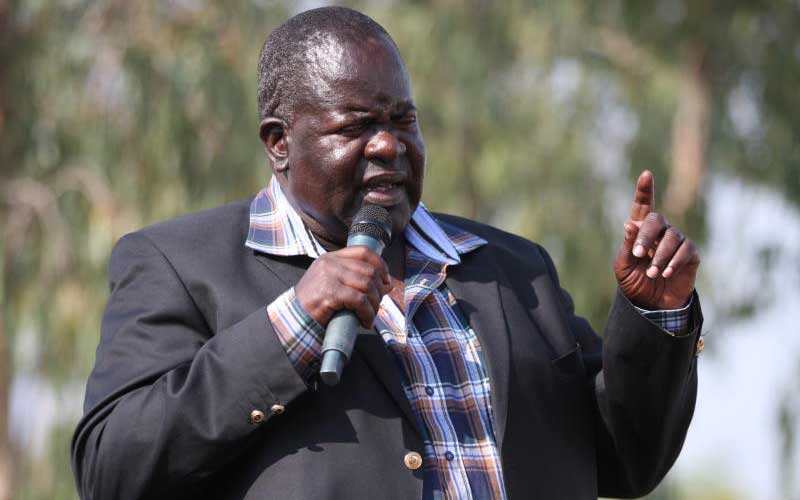 There was drama at a funeral in Homa Bay after Governor Cyprian Awiti (pictured) clashed with four MPs who had asked him sack members of his cabinet said to be corrupt.

The leaders met at the burial of the slain county executive Donny Opar at Karabondi today.

Karachuonyo MP Adipo Okuome, his Kasipul counterpart Ong’ondo Were, Martin Owino (Ndhiwa) and Aduma Owuor (Nyakach) said there were senior officials in the county government who were hindering service delivery.

But Awiti dismissed the calls.

“I cannot just sack my officials because you have said,” Awiti said.

“None of you has been a governor. Some of you are just serving their first term in parliament hence you don’t know challenges in the gubernatorial post,” Awiti added.

Uhuru no longer at ease in fractured Jubilee Party

Political goodwill that could catapult his ambitious legacy projects into a tangible reality seems to have run out.

By Olivia Odhiambo | 17 hours ago