More hard days for Governor Obado over misuse of Sh145m 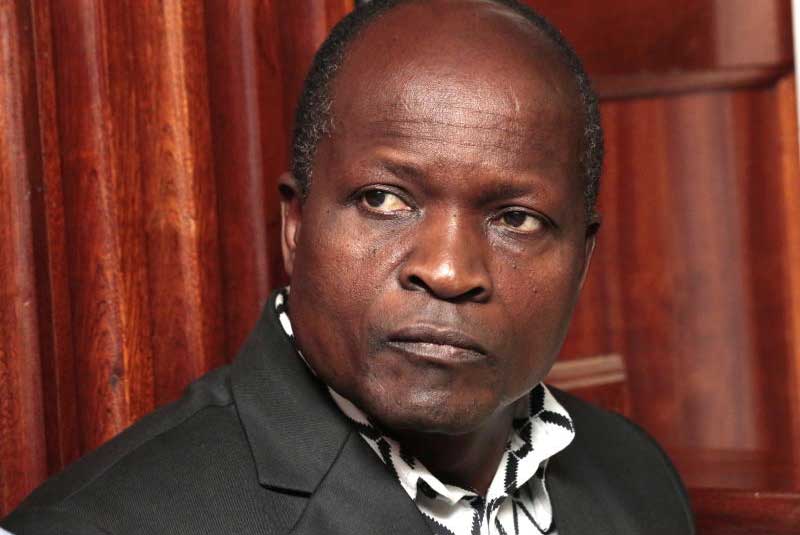 Embattled Migori Governor Okoth Obado (pictured) problems has escalated after a Senate Committee directed the Ethics and Anti-Corruption Commission (EACC) to investigate him for flouting the law by using funds which were not allocated by the County Assembly.

The County Public Accounts and Investment Committee (CPAIC) in his report tabled at the Senate, wants Obado be investigated for a budget over run on purchase of motor vehicles amounting to Sh145 million.

In auditing the 2013-14 financial year, the first year of devolution, the Senator Moses Kajwang’ led committee established that the approved budget allocation for the year 2013-2014 for purchase of motor vehicles to the various Ministries and Departments was Sh122,700,000.

According to the committee, there was no supplementary budget approved by the assembly for the over expenditure.

But when the governor appeared before the committee, he submitted that the County Executive Committee had previously discussed and approved the acquisition of vehicles due to transport challenges that the county was facing during the transitional period.

He further told the committee that it was decided to purchase the required number of vehicles to minimize use of hired vehicles which were expensive for the county.

“The excess expenditure on the motor vehicles was as a result of savings on Recurrent in the supplementary budget lines within the departments which were then transferred to Development expenditure for the purchase of motor vehicles,” Obado submitted to the committee.

“The EACC should investigate the Governor for flouting the law by using funds which were not allocated by the county Assembly,” reads part of the recommendation of the committee.

In addition, the committee wants the embattled governor to be prosecuted for failing to provide information under the Public Audit Act in respect to payment vouchers that did not have adequate support documents such as stores receipt records (S 13) and inspection reports.

During the year under review, Governor Obado submitted to the committee that it took time for the county government to acquire the necessary accountable documents from the government printers in Nairobi during the initial stages of the financial year.

He further told the Senators that during that period, the stores were managed and controlled by individual departments and some of them did not have qualified stores clerks

“The Sh545,500 remains outstanding, therefore, the Committee recommends that the governor and the responsible officers be prosecuted for failing to provide information under the Public Audit Act,” reads the report.

Further, the EACC should investigate the governor and the persons involved be prosecuted and monies lost with accrued interest thereon at the prevailing Central Bank of Kenya (CBK) rate at the time of the loss.

And apart from that Insurance services for motor vehicles were procured from one insurance firm at a cost of Sh7, 986,750 using direct procurement method.

According to the committee, the reasons advanced for use of this method could not be justified and that there was contravention of the law in the procurement of the service.

The Council of Governors argued that the only role that would remain under the National Government was policy formulation.

Pain of families with missing kin as more bodies located in Yala
;
Feedback