Dr Kuti hopes to use his four years' service marked by multi-million-shilling projects to woo voters to give him a second term.

Some of the projects include the county headquarters, a modern market and stadium partly funded by his administration.

He also brags of the establishment of a municipality that had attracted World Bank funding, leading to the upgrading of street lighting and roads in Isiolo town.

The governor has adopted the slogan, 'Shanesa' (Borana for fifth) – he has been elected to the seats of MP, senator and governor since 2002, an equivalence of four terms in leadership, and he is now seeking a fifth term.

Kuti, who is from the Sakuye clan, beat the then Governor Godana Doyo and Devolution CAS Abdul Bahari after marshalling most support from the Meru community in the 2017 polls. The Meru, unlike in the previous election, did not field a candidate.

The division among the populous Borana clan that split their votes also aided Kuti in 2017 when he used the slogan 'Afuresa', meaning fourth term after switching from the Senate seat.

This time, Kuti's greatest challenge will be a candidate from Meru, the third-largest community in the county.

The Meru community had resolved to field a candidate, accusing Kuti of betrayal after he promised them "proportionate" employment and resource distribution through procurement, according to former Bulapesa MCA Moses Githenji.

Paul Murunga, 57, a businessman, who holds a degree in Economics from York University in Canada, says he will be on the ballot in the 2022 General Election.

"With all the billions of shillings received from the national government, there is no tangible development on the ground. This man has no zeal for this job and must be kicked out," says Murunga.

He says if elected, he will ensure an equitable distribution of resources and address insecurity.

He says the county will not develop with insecurity that has left over 100 dead in two years due to banditry and cattle rustling.

The Borana clans, through the council of elders, have been holding a series of meetings aimed at uniting aspirants from the two major clans of Karayu and Warjida.

From Warjida, heavyweights seeking the endorsement of the clan are former Governor Doyo and Mohammed Huka, a senior manager with a tour firm.

Huka holds a PhD in organisational leadership and masters degree in sociology from Jomo Kenyatta University of Agriculture and Technology and University of Nairobi, respectively.

The Karayu hopefuls are Halakhe Waqo, former Ethics and Anti Corruption Commission (EACC) chief executive and Bahari, who has unsuccessfully vied for the seat twice.

Sources however say the Karayu elders are keen to pick fresh blood this time round.

The elders' plan, according to the two separate meetings chaired by Abdullahi Gonjobe and Hussein Abduba, is for the community to come up with one "sellable" candidate.

The Warjida insist that the seat was previously theirs and they should be allowed to complete their term.

The Karayu however marshalled elders from all the five clans in the Borana community in Isiolo town last Thursday and dismissed the elders' meeting at Kinna as "not inclusive, premature and with no blessing" of all the elders.

Abduba faulted colleagues who attended the Kinna meeting chaired by Gonjobe, saying the process to identity a compromise candidate had not been concluded.

The Borana aspirants had attended a separate meeting convened by the elders, professionals and MPs Hassan Oda and Rehema Jaldesa where they resolved to abide by a unanimous verdict that would be reached by the council.

Kuti will have a bruising battle for his new slogan succeed and is praying that the Borana side fails to front a candidate, because a united front from them and a Meru in the race will kill his chances.

Should the Borana fail to unite, and Doyo, Wako and Bahari end up in the race alongside Sakuye's Kuti, the beneficiary might end up being Murunga if he is able to marshal support from the Turkana (second-largest voting bloc), the Samburu and other migrant communities.

Even as Uhuru and Ruto fall out and the ruling Jubilee Party split into two warring factions, Lee Kinyanjui has remained neutral.

Industry profitability grew by 60 per cent in the first half of this year, according to CBK data. 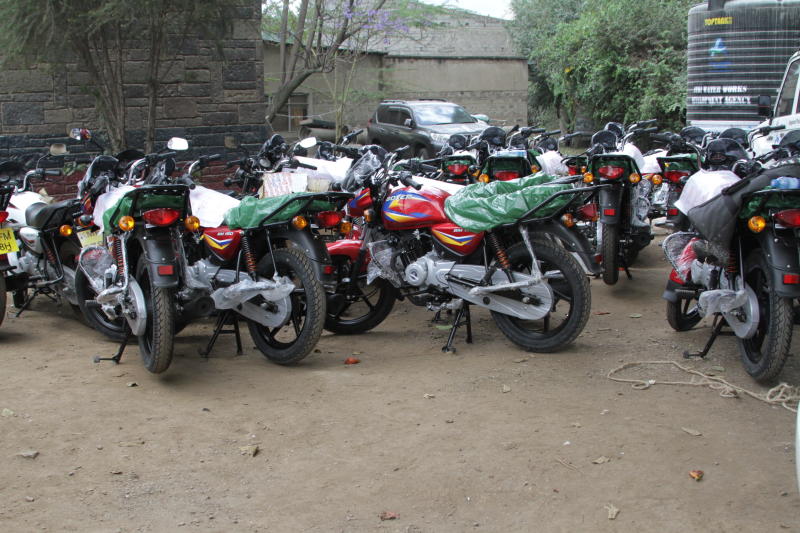 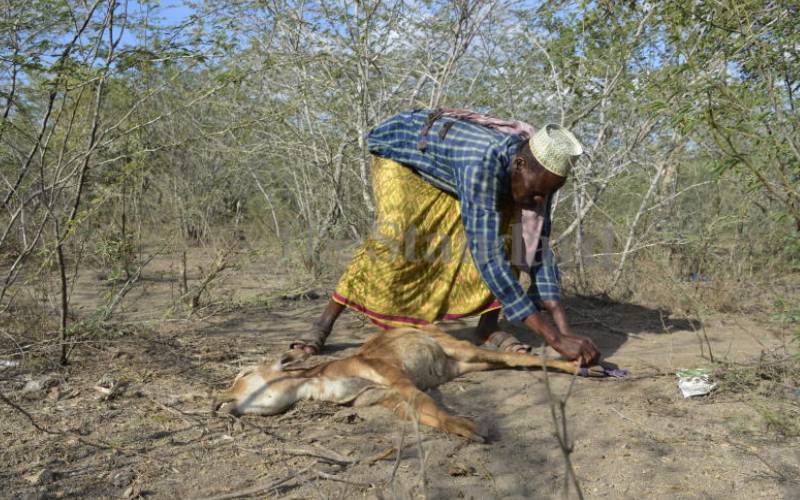