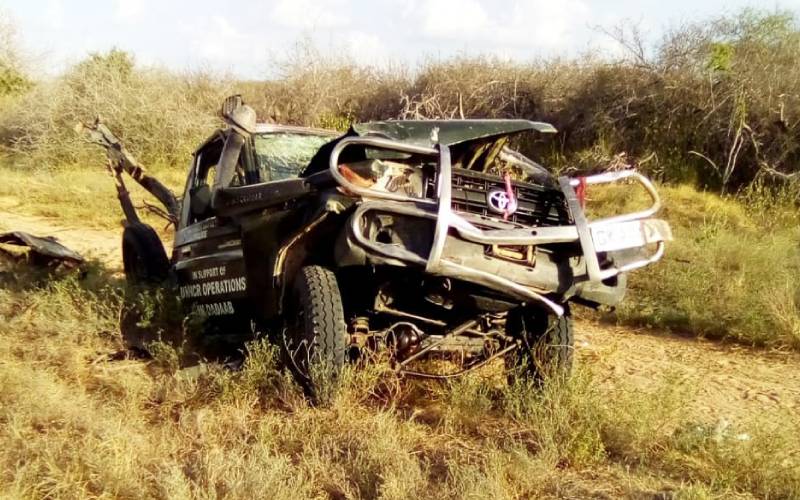 Three people were on Sunday killed when an ambulance they were riding in ran over an Improvised Explosive Devise on the Sangailu-Hulugho road, Garissa County.

Among those killed was a critically ill woman and the ambulance driver. She was being driven to the Garissa Provincial Hospital when the incident happened.

After attacking the ambulance at Koran-Hindi, Galmagala area of Hulugho in Lower Garissa at the border with Somalia, the terrorists followed with a gun attack. 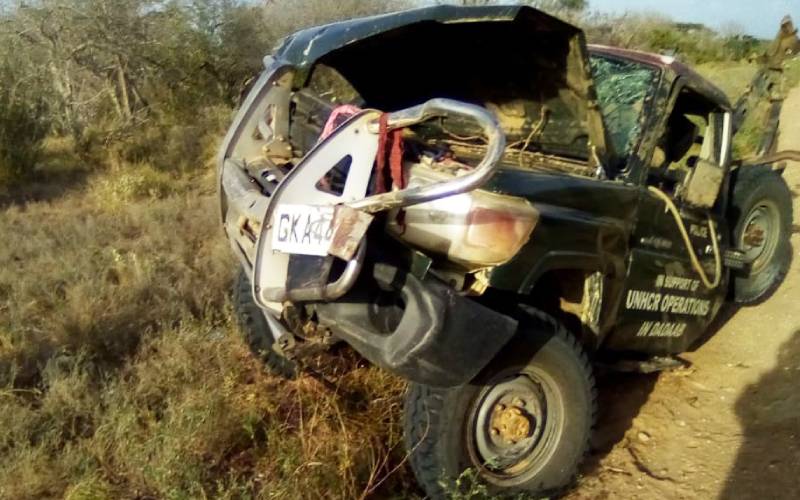 “We have deployed more personnel to pursue them. They will face justice,” he said.

Garissa Governor Ali Korane said he was saddened by the heinous attack that killed the three in the ambulance.

“Those killed include the driver and a patient. I condemn this heartless attack. Perpetrators of terror in all forms must be defeated,” he said.

The attack comes at a time when the government is fighting to contain the terrorists who have infiltrated the region. More than 20 people have been killed in similar incidents in two months. 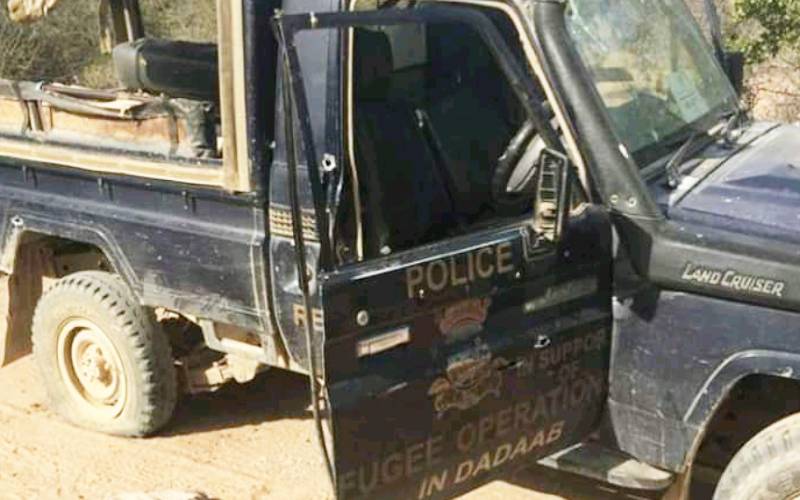 On Friday, six militants were killed and one captured alive in the same area.

President Uhuru Kenyatta last month gave the North Eastern leaders 14 days to come up with an amicable solution on security challenges that have hurt education.

The President told the leaders the ongoing terror attacks are homegrown and must be addressed by residents.

According to some of those present, the President told the group security agents have sealed off the main Kenya-Somalia border and there would be no more al Shabaab terrorists coming into Kenya.

The leaders had discussed the current crises of removal of non-Somali teachers by the Teachers Service Commission (TSC) from the region and agreed that some measures must be taken to improve the situation.

TSC removed all non-local teachers from Garissa, following incidents of attacks targeting them.

Todate, 42 teachers have been killed in separate attacks since 2014.