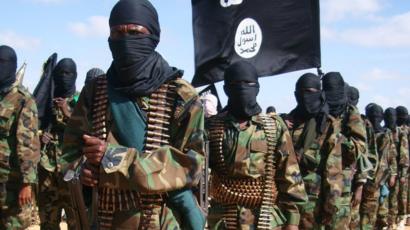 Two people were Wednesday killed in an attack by gunmen believed to be Al-Shabaab in Rhamu, Mandera County.

Officials said two others were missing after they were abducted by the attackers.

The incident happened when a bus traveling from Nairobi to Mandera was ambushed at Jabibar area. The gunmen ordered the passengers to disembark before they started to profile them and took hostage of a non-local who is a mechanic in Mandera Town.

Police and witnesses said the other passengers were roughed up. A police vehicle had earlier on been ambushed but no injury was reported.

The vehicle ran over an Improvised Explosive Devise damaging it before the officers who were on board ran to safety.

The terrorists continued with their reign in the area when they attacked two other vehicles- one belonging to the county government and another one carrying miraa. The drivers managed to drive off without any damage.

Governor Ali Roba said a lorry believed to be carrying drugs was stopped at the same site.

“The driver and turnboy who are both non-locals were taken away. It was later reported that the lorry has been burnt down,” he said.

Police said they had beefed up security along the main border to deter any militant from crossing into the country. They argue those attacking Kenyans are known to locals and are out to divide the country.