By Kamau Ngotho | 3mos ago

Many were amused to hear presidential candidate Mwaure Waihiga announce he had conceded defeat in the August 9 election.

Conceded to whom? Who was his competitor? Maybe George Wajackoyah who beat him to the second last position!

Both Mwaure and Wajackoyah were what they call in the United States “also-runs”, “third party” or “write-in-candidates.”

Unknown to many, though only two candidates – the Republican and the Democratic - get mentioned in the US elections, there are always many other candidates in the race but who don’t get known beyond their home cities or states.

The US is made up of 50 semi-autonomous states. Besides Democratic and the Republican parties, there are many others some with as strange names as the Whig party – whatever that is.

In the 2020 election where Joe Biden trounced the incumbent Donald Trump, there happened to be about other hundred presidential candidates who were “also-runs” in the race and their names didn’t get mention beyond their respective states.

In the 59 presidential elections held in the US since 1788, the “also-runs” have never garnered more than 5 per cent of the total national (federal) votes.

Kenya too has had its share of run-of-the-mill presidential candidates since the coming of multi-party system in 1992.

In that first election, there were four main candidates – what you would call the horses and four “also-runs” or donkeys. The horses were the incumbent Daniel arap Moi, Kenneth Matiba, Mwai Kibaki and Oginga Odinga.

The “also-run” were former university lecturer and political detainee Mukaru Ng’ang’a, George Anyona and Chibule wa Tsuma who had been fiery MPs in the 1980s, and tycoon John Harun Mwau.

The four managed less than 10,000 votes in an election where the winner Daniel arap Moi had 1.9 million votes.

Come 1997, the horses were four but the donkeys shot up to eleven. Moi and Kibaki were on the ballot. Matiba was no longer interested and Oginga Odinga had since died.

The “donkeys” had a rainbow of backgrounds including environmentalist Prof Wangari Maathai, a farmer by name Gerald M’mwereria and Waweru Ng’ethe who is father to the comedian-turned MP Kiarie John (KJ).

Charity Ngilu was best performer in the “also-run” category. Her election symbol was a clock with a catchy slogan: Masaa ni ya Ngilu!

That election demonstrated the contradictions in politics in that despite Prof Wangari Maathai’s global acclaim as an environmentalist, the Kenyan voter didn’t think she could make a good president.

Voters also didn’t think Koigi wa Wamwere’s credentials as radical MP and many years behind bars as a political prisoner deserved to be rewarded with the presidency.

The “also-runs” were James Orengo who Kibaki beat even in his home constituency of Ugenya, and comedian KJ’s father Waweru Ng’ethe who was contesting for the second time.

The 2007 election was an interesting one in that there was only one “also-run”, Pastor – or is it Bishop? – Pius Muiru.

The horses were three – the incumbent Mwai Kibaki, Raila Odinga and Kalonzo Musyoka. Both Kibaki and Raila had vigorously tried to woo Kalonzo to their side but he insisted on going it alone and kupitia katikati yao!

Well, he didn’t and ended up Vice President to Mwai Kibaki, the same position either side had offered him before the election.

Unfortunately, that election turned tragic when violence broke and led to loss of lives and senseless destruction of property.

For reconciliation, a two-mule (not horse!) grand coalition government was put in place, headed by two principals Kibaki and Raila.

The grand coalition had record 44-member Cabinet. I guess they must have used a loud speaker to communicate in the Cabinet meetings!

The 2013 presidential race also had its drama.

One of the horses - Uhuru Kenyatta and his running-mate William Ruto were suspects at the International Criminal Court.

Not many – perhaps even themselves – thought they would win. Surprisingly they did. On the other hand was the sitting Prime Minister Raila Odinga who mistakenly considered himself the winner and didn’t campaign as hard. He lost.

The donkeys included James ole Kiyapi, Paul Muite, Peter Kenneth and Mohammed Abduba Dida and his comics. The 2017 election was a two-horse race between incumbent Uhuru Kenyatta and Raila Odinga.

The donkeys were a mixed bag that included the intellectual Dr Ekuru-Aukot, the usual joker Cyrus Jirongo, Mohammed Abduba Dida and his comics again, and a man with a strange name of Kavinya Kaluyu.

Uhuru was declared winner but the Supreme Court thought the electoral commission, IEBC, had played monkey games and ordered a repeat.

The other horse, Raila Odinga boycotted the repeat election and Uhuru ran against himself and was declared winner!

Postscript: Of course you know the horses in this year’s election.

As to who won or lost, we leave it to the gracious Lady Justice Martha Koome and her team at the Supreme Court. 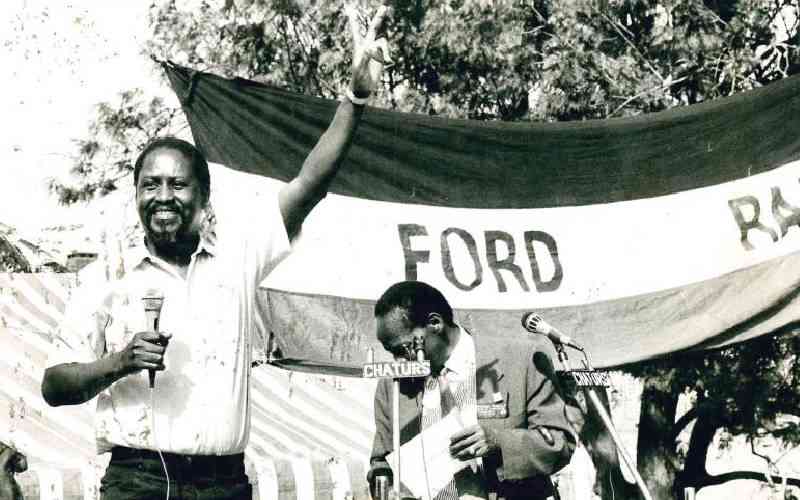 Premium History shows past challenges informing present-day issues
The first liberation started with active resistance against colonialism in the 19th century and ended when Kenya attained independence in 1963.
Leonard Khafafa
By Leonard Khafafa
3 months ago

We cannot rely on voters to clean up our politics
The mandate of ensuring that only individuals of integrity end up in public offices lies squarely with the vetting agencies.
Editorial
By Patrick Beja
3 months ago

If you fail to cast your ballot, you will end up with a bad government
Kenyans have to make a choice between breaking with the past and charting a new future or simply voting for status quo.
Opinion
By Nehemiah Okwembah
3 months ago

Premium Lesson for us from disciples of Jesus' election to replace Judas
God cares about leadership but it’s interesting to see the nexus between God’s will and man’s sinful nature through the example of Israel.
Opinion
By Kamotho Waiganjo
3 months ago
. 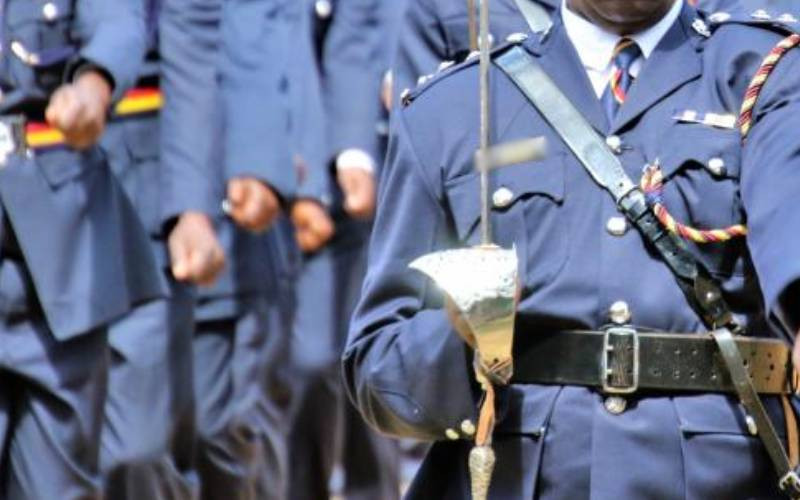 By Brian Otieno 9 mins ago
Kenya has nothing to gain from GMO food imports, party warns

By Rose Mukonyo 9 mins ago
Vaccines can help reduce resistance to drugs
.