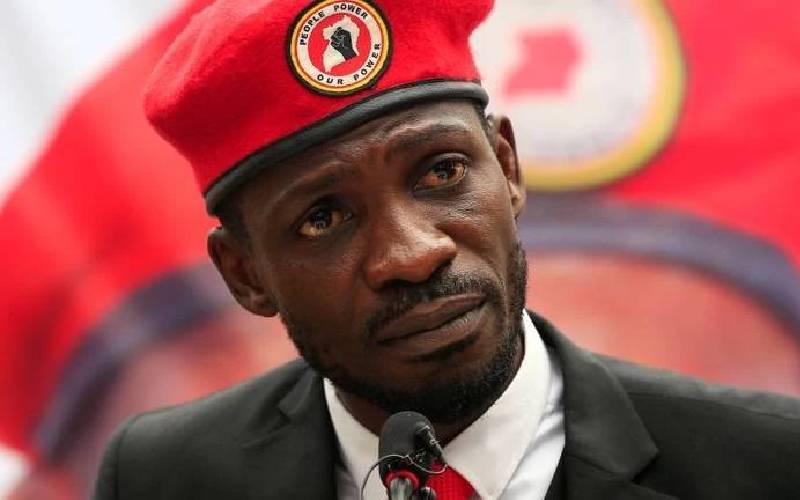 Wine's friends, including his elder brother Fred Nyanzi and members of his extended family, had converged at a popular city restaurant for what organisers termed as a team-building exercise for Ugandans living in Nairobi.

"We would also use the event to cut a cake for our leader Bobi Wine," said Japheth Okelo, one of the conveners.

An earlier communique had stated that opposition MPs from Uganda would grace the occasion.

The statement said guests would be seated by 11am when the event, whose dress code included a red beret synonymous with Bobi, would begin.

But two hours later, no MPs were insight. Instead, the police showed up and declared the meeting illegal as it lacked their approval.

"This is clearly a political meeting from the manner of your dressing," a police officer told the conveners.

Police officers however declined to talk to the press on record, only saying it was wrong that the press spoke with the meeting's conveners.

No one was arrested as guests heeded the call by police to disperse peacefully.

According to the new valuation roll gazetted by Governor Joho's administration, all property owners were to start paying the new rates in March 2020.

Kakamega Homeboyz opened a six-point gap at the top of the FKF Premier League after beating Mathare United 3-1 at Kasarani Annex on Saturday.

By Kibe Mungai | 2 hours ago

Why Kenya faces state capture in this election

By Isaiah Gwengi and Olivia Odhiambo | 6 hours ago