Judges give more time for parties, ‘friends’ get none

By Kamau Muthoni | 8mos ago

From the onset, the Building Bridges Initiative (BBI) appeared to be a Tower of Babel with lawyers and Supreme Court judges divided on the time allocated to the parties.

The Chief Justice Martha Koome led bench had allocated a maximum of 45 minutes for each of the main parties. They then split the rest of the time between 15 and 10 minutes to friends of the court and those in support of either Attorney General Kihara Kariuki and the Independent Electoral and Boundaries Commission (IEBC).

However, the parties felt they needed more time and questioned the court’s intent to end the hearing on Thursday.

Senior lawyer John Khaminwa suggested they should be allowed to approach the seat of justice for half a year. “Why the hurry?” he asked as he asserted that the AG needed more time. “Let us not treat this case as a debt collection case.”

Another senior lawyer, George Oraro, argued that the case held the future of the country and, therefore, the parties ought to tell their story without fear of being locked out by time. He also informed the court that the Senate and National Assembly had agreed to donate some of their allocated time to the AG.

Oraro was appearing alongside Solicitor General Ken Ogeto, Kamau Karori and Paul Nyamodi for the AG.

“This is an important issue which will determine the future of this country; it will determine whether this Constitution is so rigid that it cannot be amended or can be amended,” he said, justifying the need for more time.

Its lawyer, Prof Githu Muigai, said the High Court and Court of Appeal erred in their judgments on quorum because judges did not give the parties time to argue on the same.

“We associate with my learned friend Mr. George Oraro in the plea for a little bit more time. In our case, we consider that 45 minutes may not be sufficient to argue an issue that is broad. We have looked at the High Court and Court of Appeal record and we are very clear that there were very grave errors because we had no sufficient time,” he said.

Meanwhile, Third Way Alliance deputy secretary-general Phelister Wakesho’s lawyer, Martha Karua, asked the court to give her a chance to submit as a respondent and not as a friend of the court.

She said that although they had been listed as friends of the court, their arguments were leaning on the side of economist David Ndii in opposing BBI.

However, the Supreme Court judges held that she alongside other parties who were admitted as amici will not be heard but judges will consider their written submissions.

After hearing all parties, the court allowed them 15 more minutes but declined to hear the oral submissions of the friends of the court.

However, the court ruled that Third Way Alliance should share its one hour with Wakesho since they were advancing the same issue.

“Amici, remain amici, friends of the court. We will consider their submissions in the High Court and Court of Appeal. We will not allow them time to submit,” the court ruled. 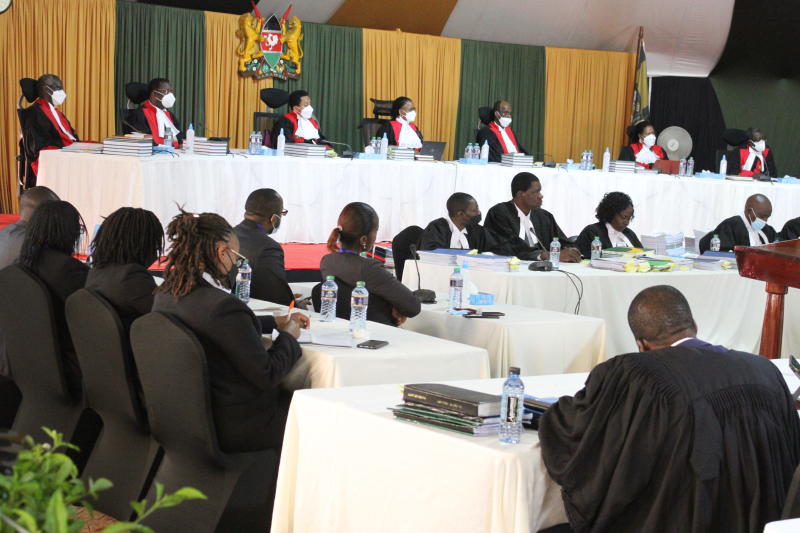 BBI verdict: Four contentious issues judges will rule on
Supreme Court will today hand its verdict on Building Bridges Initiative (BBI) secretariat’s quest for a referendum to amend the Constitution.
National
By Kamau Muthoni
6 months ago
.