The standoff between Mt Kenya West Anglican Bishop Joseph Kagunda and a priest he once tried to sack is far from over.

After three years of protracted legal battles, John Gachau and two other priests were reinstated to their positions in 2019 following a court order.

One of the conditions given to Gachau was that he was to marry within six months.

But it has now transpired that the marriage never happened and the bishop again, on December 21, 2021, suspended Gachau and ordered him to hand over the parish to a new parish minister.

Gachau had separated from his wife after claims made by the church against him, including allegations of homosexuality, for which he challenged in a defamation suit.

On reinstatement, he was given six months to remarry failure to which he would be relieved of his duties.

A new priest deployed at the church on Sunday, was, however, forced to retreat after the congregation blocked him from accessing the precincts maintaining they still recognised Gachau as the parish priest.

The worshipers had, ignoring the bishop’s edict, trooped to Gachau’s home to plead with him to continue with his services.

"We at St John Gichami ACK church request that you join us so as to be conducting mass for us," read a brief letter read by a woman before the priest answered: “I agree to undertake your request with humility."

They then had a procession to the church.

Before entering the church, the congregants had a message to the bishop: "We will not allow any other priest at the church other than Venerable Gachau.

A letter addressed to Gachau by the Bishop and which we are in possession of, directed Gachau to hand over the parish to Rev Peter Karimi Gathuku on January 1, 2022.

"As is the requirement of every priest as per our Constitution article (VI) subsection 5 (j) every priest is expected to fashion the lives of himself or herself and of the members of his family in such a fashion that they may adorn the gospel of our Lord and saviour and may serve a profitable example to the lay membership of the fellowship," the letter reads in part.

But the faithful, led by James Wachira, wondered why the Bishop was so tough with their priest yet there were some others who were not married but served in the diocese.

"The two were candidates for the Bishop’s post. We believe this is personal and for that reason, we rejected the new priest because we don't want to be dragged on personal issues," Wachira said on behalf of the group.

They threatened to withhold church contributions to the diocese if their demands were not met.

At one time, a warrant of arrest was issued against Bishop Kagunda for failing to adhere to the court order.

Bishop Kagunda is set for retirement later in the year.

In 2015 Gachau and two other priests are dismissed and filed a lawsuit against Kagunda for irregular dismissal and pleaded for defamation damages.

In July 2018 the three priests were reinstated by the Anglican Church of Kenya shortly after Justice Nzioki Makau of the Labour Court in Nyeri found Bishop Kagunda in contempt for failing to reinstate the three.

In December 2021 Bishop Kagunda ordered Gachau to hand over his parish duties for “failing” to fulfil reinstatement conditions.

Excitement was in the air as leading national broadcaster, the Standard Group PLC revived a 1950 partnership with the East African Safari Classic Ral

This comes at a time when 223 more people have tested positive for the disease out of 3,456 samples tested in the last 24 hours. 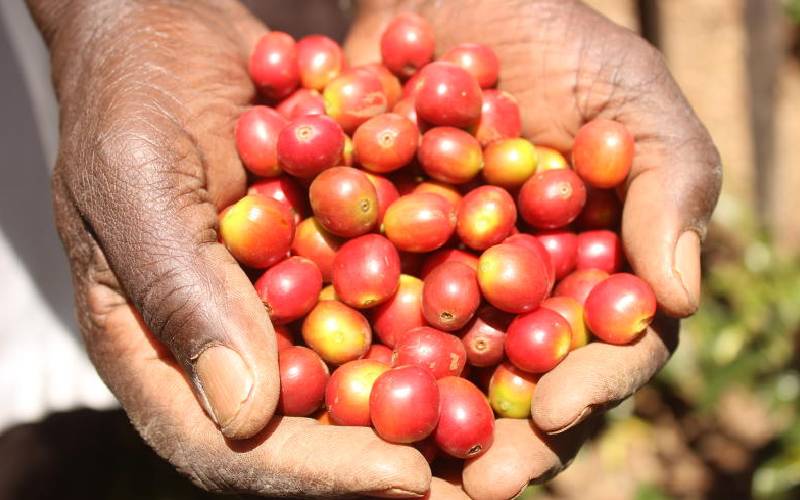 By Mike Kihaki | 13 minutes ago

By Stanley Ongwae | 43 minutes ago

By Kelvin Karani | 10 hours ago