A mother will notice the most mundane of things in her child’s life. A change in gait. A change in demeanour. An alteration of one’s circle of friends and every little detail that comes up as they grow into adulthood.

Sakina Mariam, however, cannot put a finger to when her only son turned from being a bright child in school and an ambitious adult caring for his younger siblings to a cold calculating individual believed to have orchestrated a bloody attack in one of Nairobi’s upmarket hotels.

For the first time after three years, Sakina spoke to The Sunday Standard about her son Ali Salim Gichunge - the man thought to have planned and later executed the attack at the DusitD2 Office Complex in January of 2019.

Her story and that of her other children are now forever linked to the man whom they describe as loving and caring. A man whom the world describes as bloodthirsty and calculative.

A man who lived two separate lives. The first, leaving a family with the consequences of a burden of association, the second leaving many homes in a constant state of mourning and remembrance following his actions.

“The incident changed our lives for the worse. Everyone treats us with suspicion. We have lost friends. We have lost family,” Sakina says, her voice hanging between a past she cannot go back to, a present that is unforgiving and a future that holds little promise.

Gichunge’s younger sister dropped out of school. Sakina says a string of personal attacks by her schoolmates and neighbours wore her down greatly. His elder sister too hasn’t been spared by the consequences of their brother’s actions.

Marriage proposals have collapsed as soon as her family lineage is known, with the last relationship ending at the commemoration of the Dusit attack on January 15 which left 20 people dead and dozens more scarred for life. Gichunge was among the killers.

“My heart has never stopped bleeding for all those who were affected by my son’s actions,” Sakina rues. “I may not have the words to describe my sadness. But I will carry their pain in my heart for the rest of my life.”

A mother always remembers. Even through the pain, she remembers the good and talks of the what-ifs that stalk her dead son even in his absence.

“He was an excellent performer in his education right from Primary school through to High school,” she says. “We were all hoping for an A grade from Gichunge when he sat for his final exams but he managed a mean grade of C minus.”

She, however, attributes this poor performance by her son to the constant admission to hospital.

She said Gichunge sat his final examination in hospital where he was receiving treatment for a fractured leg, broken while in secondary school.

“He dreamt of becoming a television journalist when he cleared his high school.”

But the single mother who struggled to see her son through secondary school did not have the money to send Gichunge to a media college.

While his peers proceeded to university, Gichunge stayed at home where he spent his time rearing rabbits. The following year, Gichunge enrolled for computer classes at a local college in Isiolo Town where, again, things started to look up for the young man. He took to computers with the same zeal he took to football and rugby while in school.

So good was he that after he completed his certificate courses, the institution decided to retain him as a tutor. This was his first paying job, earning some Sh8,000 every month, not a windfall, but enough to enable him to team up with his elder sister and educate those who came after them.

He was so good at his job that in 2015, just two years later, he secured a pay rise. Unknown to the family though, Gichunge was unsettled. He was calm and loving on the outside. But on the inside, he was veering towards a path whose eventual destination would be catastrophic.

In April of 2015, Sakina travelled to Kisumu for a wedding, leaving Gichunge in charge of the home. A normal call for a status update three days later revealed that Gichunge had left Isiolo and was on his way to Mombasa. “He told me he had secured a job as a supervisor at a construction site in Mombasa and that he would be back as soon as the assignment ended,” Sakina says.

By this time, Gichunge had begun his journey into radicalisation. But at the time, nobody knew. Two months later, he called home again. He was no longer in Mombasa. “He told me he had gone to Somalia on a scholarship to study Islamic Religious Education,” she says. As usual, he promised to be back home as soon as the studies were done. Gichunge was in Somalia for four years, during which he was in regular communication with his mother and siblings.

To them, nothing seemed out of the ordinary. He provided regular updates on his life, his education and, with time, he also told them of some key milestones in life.

One such update to the family came on December 31, 2018, a date that was also his birthday.

“He told me that he had found the love of his life in Mogadishu and that they had a baby girl who he had named after me. He said he looked forward to coming home the following year,” Gichunge’s mother says.

While making this call, it is believed Gichunge and the Al Shabaab cell to which he belonged were finalising plans for their deadly attack. And as a mother waited for her child’s grand return, the son plotted the downfall of many.

Two weeks after they spoke, it was her daughter Amina who called about her brother Gichunge. The news was not of his return, but of rather something much darker.

“She called to tell me Gichunge was one of the four terrorists killed by police during the Dusit attack.

Soon after, Sakina was picked up from her Kula Mawe home in Isiolo and stayed in remand for eight months at the Langata Women’s Prison. During that time, she faced a string of accusations from the state including failing to give information to the Government on the attack.

And for the period that she was behind bars, her children, some of whom were still in school, were left without anyone to look after them and had to fend for themselves.

It is during this period of her arrest that her third-born daughter dropped out of school. “They preyed on his ambition,” she says. “They lied to him about a better life. Gave him fake promises. As a family we are sorry. We are sad. Had we known that he would go to Somalia we would never have let him out of the house.”

Sakina says she has chosen to look at life from a different perspective. Remembering her son as a jovial friendly man who loved family and friends. But even as she does this, it might be impossible to run away from the cloud that will always be over the heads of her family and herself. The cloud of a Gichunge described by police as a violent, rogue man who would stop at nothing to kill and maim.

Kalonzo insists OKA intact as clergy endorses the Wiper leader to go for top seat on August 9, urge him to unite Kamba leaders.

Supporters of the duo engaged in shouting matches nearly spoiling the party for DP Ruto during his recent tour. 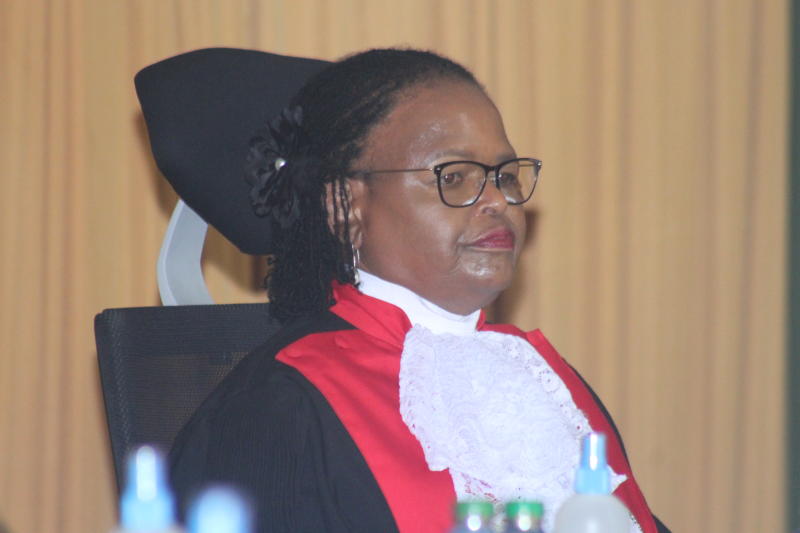 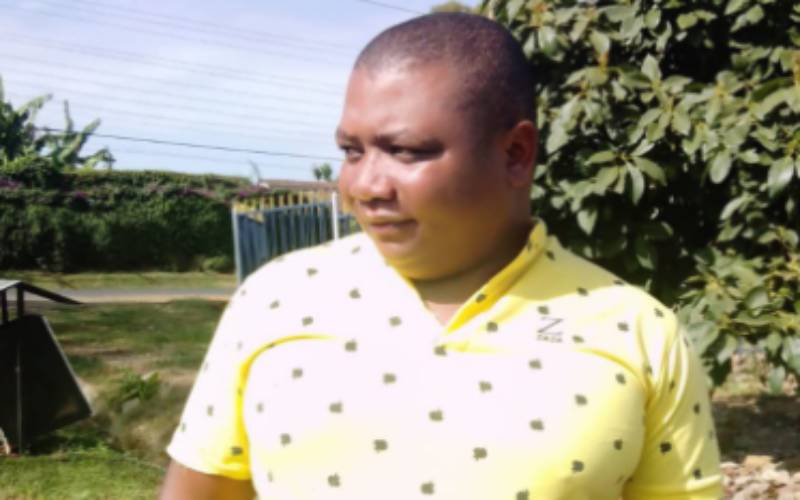 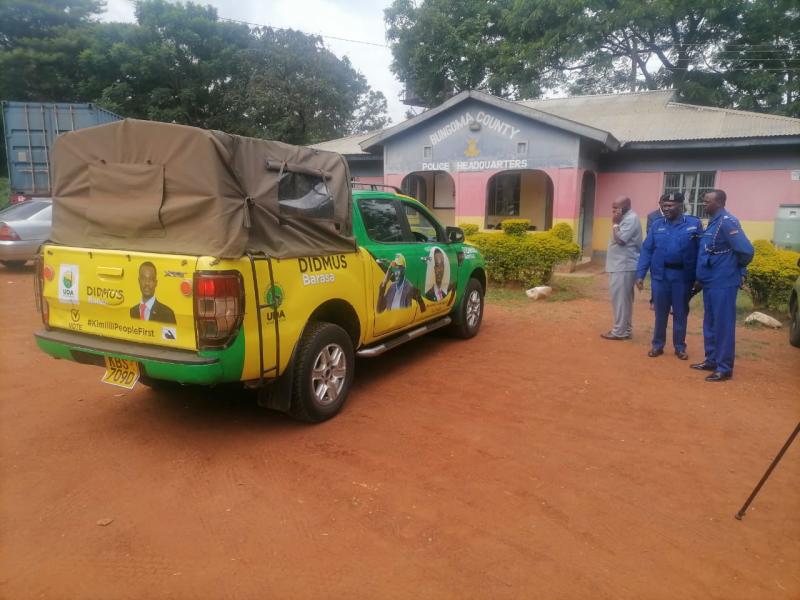 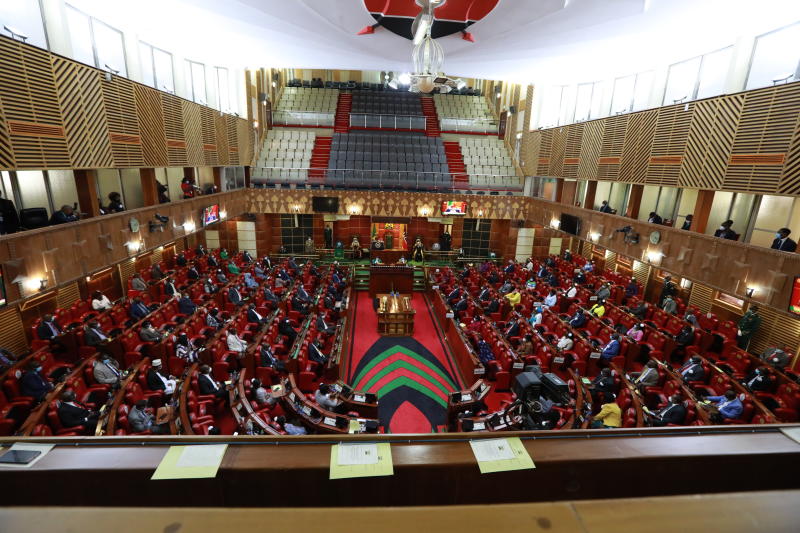