Pioneer farmer Michael Blundell was a jack of all trades when he arrived in Kenya at the age of 18.

Armed with a shotgun, two tin trunks and 100 sterling pounds, Blundell in 1925 set off on a sojourn in the wilderness in search of a different challenge from what he had been accustomed to in England.

Twenty-nine days later, the SS Matiana ship he boarded docked at Kilindini Port, Mombasa, marking the beginning of a new chapter for Blundell.

Interestingly, he would later meet a man who had pledged to kill him, but more about that later.

Blundell made a name as a farmer, soldier, politician and minister. When he left Mombasa, he headed to Eldoret by train where he was received by his future employer, Captain Tim Brodhurst-Hill, a career army officer famously known as Bronco Bill.

During the Second World War, he was recruited into the British Army in 1940, becoming a commander in the King’s African Rifles (KAR).

After the war he bought a farm in Subukia and married Geraldine Robarts in 1946. Blundell contested for the Rift Valley seat in the 1948 General Election and was elected to the Legislative Council.

In 1954, he was appointed minister in the Emergency War Council and formed the United Country Party, which supported the Lyttleton Constitution and multi-racialism. The following year, Blundell was appointed Minister of Agriculture.

According to Blundell, he was condemned to death in 1952 by Mau Mau fighters who met behind his house. The death plot revelations were made in 1967 as he attended a Kenya Air Force passing-out parade, graced by President Jomo Kenyatta.

“Alongside me was a short portly Gikuyu, well-dressed in a dark blue suit and pronounced stomach which denoted good living. He kept looking at me, making small exclamations and then examining me once again,” wrote Blundell in his memoir: A Love Affair with the Sun.

The unidentified man then gathered courage and sought to know Blundell’s name. After gurgles of laughter, the man bent towards Blundell and whispered: “Do you know, 15 years ago I vowed to kill you; we were going to garrote you in Rugongo Forest and here you are!”

After getting to know each other, the man told Blundell he was the proud owner of Oyster Prairie in Nakuru. “I reflected afterwards that there can be few people who have met and enjoyed a laugh and reminiscence with their would-be assassin,” wrote Blundell. 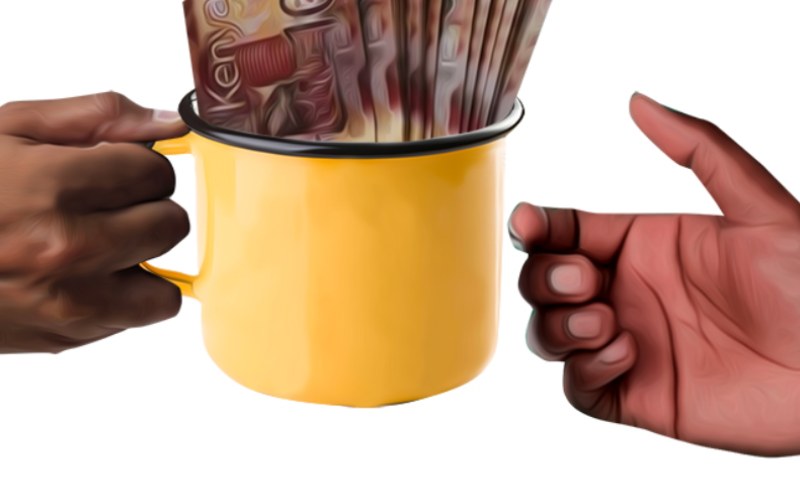