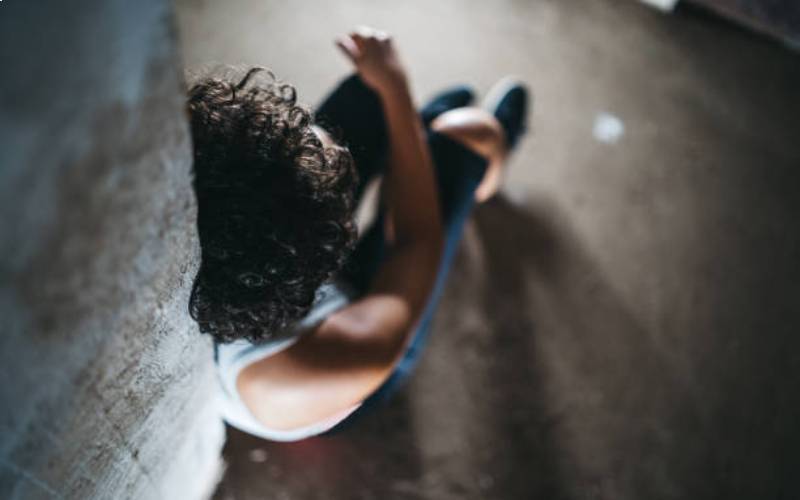 Ridiculed, frustrated and abandoned–these words sum up a university student’s five-month-long journey in the corridors of justice.

Each day that Lalah’s file lies on the judge’s desk for a mention or hearing, she cuts an image of a person on trial, battling for her dignity.

The university student is clutching onto hope that justice will finally tilt to her side.

However, as her case starts in the corridors of justice, she has to re-live the night in May this year when she was she was raped.

The event remains a constant reminder that she was denied justice in the first instance. The student had wanted to have the suspect charged with rape.

Documents filed before the High Court show that it is now seven months since the ordeal happened. And to her, the suspect is a person she knew too well, trusted, and even allowed into her apartment.

James was Lalah’s friend and they knew each other from primary school.

On May 26 this year, James called Lalah requesting her to visit him at his house. She agreed.  However, she did not have enough money to travel to his place.

But James proposed that he goes to her house instead. Lalah agreed.

She says they had rice and meat for dinner then had a bottle of wine.

Meanwhile, since the country was under curfew in order to tame the spread of the Covid-19 virus, she allowed James to spend the night and leave the following morning.

After dinner, they watched a movie. Although she trusted James to the extent of allowing him to sleep in her house, the night turned into a nightmare that would haunt her afterward.

She claims he raped her in the middle of the night. Lalah opened up to her neighbours who recommended that she reports to the police.

The neighbours accompanied her to Kahawa Wendani Police Post. At the police station, the officers recording the incident, she claims, ridiculed her for allowing a man into her house.

“One of the police officers said that he did not expect women from her ethnic community to be dressed the way she was dressed and that she was raped because of her inappropriate dressing,” she says.

The second officer, a woman, dismissed her story.

She recounts that the officer claimed her story was similar to other cases where women lied about being raped.

Court records show that the officers proceeded to demand that she shows them text messages exchanged with James.

One of them, she says concluded that they were a couple while another said that her cooking, serving wine, watching a movie, and offering the man a place to spend the night amounted to consent.

At the police station, Lalah was told that the bad memories of rape would fade away just as grief does after the loss of a loved one.

After the grueling interrogation, she went to a hospital for tests and returned to her house. She then collected items that would have assisted the police as evidence.

She spent the night in her neighbour’s house, waiting to record a statement the following day. This was on May 28.

Another officer was assigned to investigate the case. However, Lalah’s predicament did not end with the new officer.

She ended up being a familiar visitor to the police station, inquiring each time how far the officer had gone to track down and arrest James.

Lalah says that she visited the station 10 times in pursuit of justice.

She says that the officer demanded that she parts with money for the DCIO to track down the suspect.

When her efforts hit a dead end, Lalah decided to escalate her complaint to Kenya Police Headquarters.

The police bosses implored the OCS in charge of the station to assist.

According to her, the investigating officer told her that the police had no way of tracking down James. The officer hatched a plan that she baits him by inviting him to her house within two weeks.

On July 1, 2021, James came to her house and was arrested but was not produced for charges the following day.

Lalah says that when she inquired, the officer informed her that the court was being fumigated.

She says that the suspect had been released on bail at the station and that was the end.

Lalah claims James’s family held a meeting with her family, apologised, and offered Sh70,000 to her father to buy her silence.

She says that later on, the officer who was assigned to investigate the case informed her that her brother had withdrawn the case and he did not want it to proceed in court. James was never charged.

Lalah now wants the court to compel Mutyambai to conduct fresh investigations against James and have him charged.

At the same time, she is seeking orders to have the officers punished for mishandling the case.

The student is also seeking compensation for the pain and suffering she has undergone.

The case before High Court judge James Makau is set for hearing on December 16.

Raila is the man to beat in 2022, leaders say in ringing approval

While Gideon Moi says Raila and OKA are allied forces with one common enemy, David Murathe asks Kenyans to prepare for a Raila presidency after Uhuru.

By Peter Muiruri | 15 hours ago

Ruto names Gachagua as running mate ahead of polls
;
Feedback