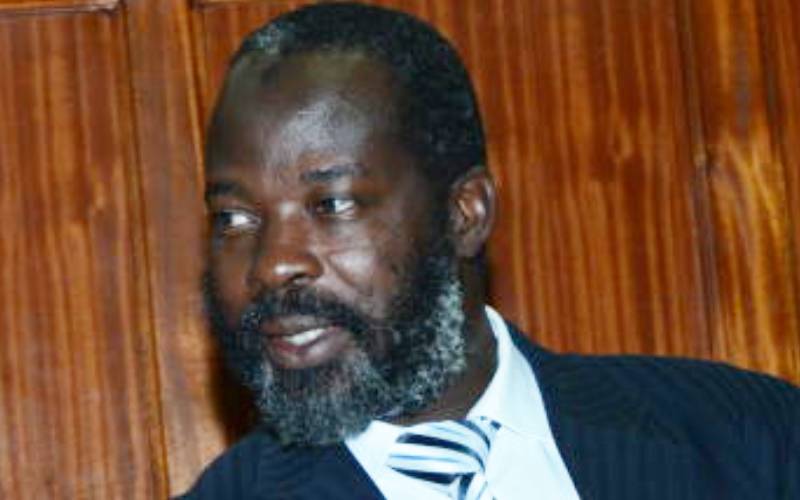 Nandwa was reported missing on October 29. Shortly after, the family of the Muslim scholar pleaded with the government to help find him.

The family had said that in the event Prof Nandwa was in custody, that he be taken to court.

Supreme Council of Kenya Muslims chairman Hassan ole Naado and his National Muslim Leaders Forum counterpart Sheikh Abdullahi Abdiwho, who spoke at Jamia Mosque in Nairobi, said they were concerned that the police had resorted to profiling and targeting Muslim leaders in the fight against terror.

“The state should investigate this matter and ensure the constitutional rights of its citizens, regardless of their religious background, are protected,” Naado said.

The Law Society of Kenya (LSK) had issued a 24-hour notice to top government officials, to help in finding the missing lawyer.

LSK said failure to help find the legal mind, then the lawyers would move to court.

In a statement dated October 28, the society’s secretary Mercy Wambua called out the Inspector General of Police Hilary Mutyambai, and DCI boss George Kinoti to intervene in the matter, adding that it was clear that Nandwa’s disappearance was related to his legal career.

“From the above series of events, it is clear that Prof Nandwa was abducted in the course of his professional work. We, therefore, demand his immediate release together with his client," Wambua’s statement read in part.

Further, the society’s branch in Nairobi demanded the IG intervene in the matter and produce the missing lawyer.

Eric Theuri, the branch’s chairman said in another statement that if the IG failed to produce Nandwa in court, then they would file a court application to demand that he be produced in court.

“Advocates should not be forced to be selective in representing clients for fear of jeopardizing their safety. These are actions that constitute a direct violation of the constitutional requirement of access to justice and impede the pursuit of justice,” Theuri said.

Mayenje Santos qualify for the FKF division one league

President Uhuru Kenyatta’s government is racing to finish the construction of rural roads at the Coast.

Political campaigns to begin May 29

By Benard Lusigi | 8 hours ago