President Uhuru Kenyatta has promoted Major General Francis Ogolla to the rank of Lieutenant General and appointed him the Vice Chief of Defence Forces.

In a statement from the Ministry of Defence sent to media houses on Friday, July 23, President Kenyatta also made various changes in the military.

Maj Gen Ogolla will replace Lt Gen Franklin Mghalu who will retire after 40 years of service in the military.

Lt Gen Mghalu previously served as the Vice Chief of the Defence Forces and as the Commander Kenya Navy.

The Head of State also upheld the recommendation of the Defence Council chaired by Defence Cabinet Secretary Monica Juma by making various promotions, posting and appointments of KDF officers.

Who is Lt. Gen Ogolla?

He trained as a fighter pilot with USAF and is also an instructor pilot. In addition, he has trained in other fields including imagery intelligence, counter-terrorism and accident investigation.

Lt. Gen Ogolla is a graduate of ÉcoleMilitaire de Paris and National Defence College of Kenya.

Lt. Gen Ogolla was promoted to the rank of Major General and appointed Commander Kenya Air Force on July 18, 2018.

Director of Nairobi Metropolitan Service Major General Mohamed Badi has been promoted to the rank of Lieutenant-General.

Badi would, however, continue serving as the NMS director despite the promotion.

In the Kenya Army, President Kenyatta promoted Major General Albert Kendagor to the rank of Lieutenant General appointed him as Force Commander AMISOM.

Zambia defeated Kenya B 14-8 to make a positive start in the Kenya International Championships in what was regarded as...

Kabras Sugar will be seeking to extend their unbeaten run in the Kenya Cup League to six matches when they host...
Share this story

By Chebet Birir | 5 hours ago 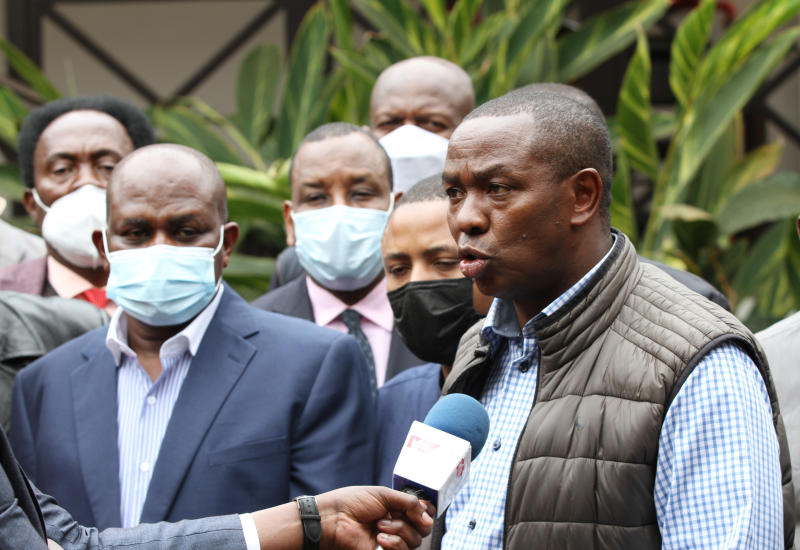