Barely two weeks after taking over from Fatou Bensouda, Khan has opted not to prosecute Gicheru’s case, instead, leaving it to deputy Prosecutor James Stewart.

Confirming his exit, Pre-Trial Chamber A Judge Reine Alapini-Gansou said that the office of the prosecutor had cited impartiality as the reason for recusal.

"Noting the importance of transparency and to ensure the proper conduct of the proceedings, the Chamber considers it necessary to put the matter on the public record of the case and explain what effects it attaches to the recusal," the judge said.

At the heart of the case is alleged Gicheru’s witness tampering in DP William  Ruto and radio journalist Joshua Arap Sang case. Khan was Ruto’s lawyer in this case.

Following the move, and despite him being the head of the Hague based court, the new prosecutor will no longer have access to information or evidence regarding Gicheru's case.

At the same time, he will also not either carry out administrative decisions on the case or participate in discussions about it.

"The Chamber considers that the Deputy Prosecutor will replace the Prosecutor and perform any of his functions for the purposes of this case," the judge directed.

The 51-year-old British national replaced Bensouda for a nine-year term and  Gicheru’s file was in his in-tray.

Gicheru is wanted by the ICC for allegedly influencing witnesses ICC had lined up against Ruto and journalist Joshua Arap Sang.

In his inaugural speech, the new prosecutor said he wants to bring back accountability and hopes to work with countries that are not among the 123 members bound by the Rome Statute.

“The priority for me, and I believe that’s the principle of the Rome Statute, is not to focus so much on where trials take place, but to ensure that the quest for accountability and inroads on impunity are made,” Khan said.

“My conviction is that we can find common ground in the quest and in the imperative to ensure we eradicate genocide, crimes against humanity and war crimes.”

Not only will Khan’s reign as top prosecutor of international crimes and crimes against humanity draw scrutiny, but his decision on whether Kenya’s cases should be re-opened or closed eternally will also be a burden to deal with.

ICC left the cases against President Uhuru Kenyatta and Ruto open despite dropping the charges.

Khan beat three other candidates by garnering 72 votes from the 123-member states and was largely pushed by Kenya. He was not on the initial shortlist but in the end, he surpassed the required votes by 10.

The spectator who caused a massive pile-up during the first stage of the Tour de France has been arrested after...
Share this story 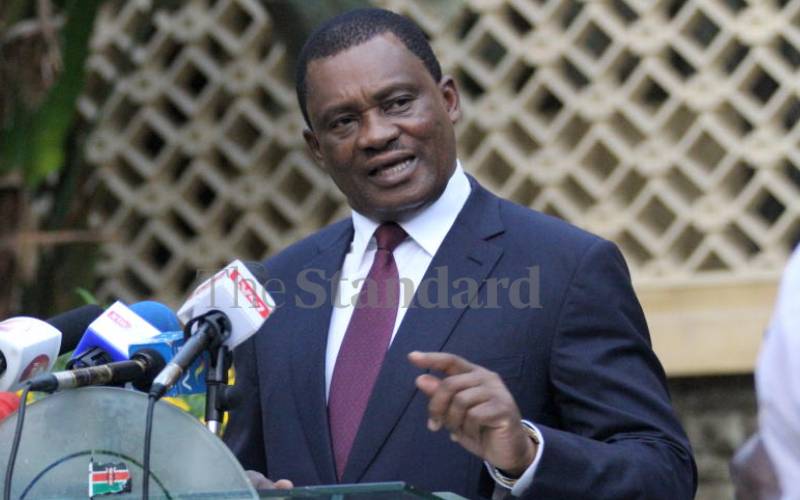 By Dennis Kabaara | 7 hours ago