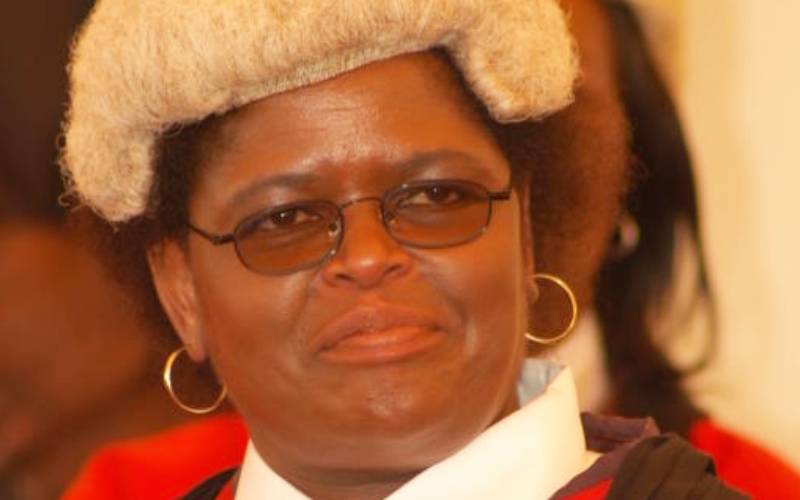 The Law Society of Kenya has written to the Judicial Service Commission over what it termed a violation of the law in recruiting the Chief Justice.

LSK President Nelson Havi wants the JSC to, within seven days, disclose the performance matrix and scorecard of all the 10 candidates interviewed for the position of Chief Justice.

He says it was hasty for the JSC to, on April 27, announce Justice Martha Koome’s (pictured) nomination.

The letter says the announcement by JSC was made within hours of delivery of an unconventional ruling by the Court of Appeal relating to the process.

Martha Koome has time to craft vision for the long term

According to the letter, on April 21, the Appellate court stayed an order of the High Court which barred the JSC from deliberating the outcome of the CJ interviews and undertaking interviews for Judge of the Supreme Court.

The High Court had issued orders to pave way for the hearing of four cases challenging the recruitment process. The four cases were consolidated and fixed for hearing today before a bench of three judges but has been stopped indefinitely, the letter adds.

One of the cases before the High Court is filed by Philip Muchiri and Damaris Ndirangu. It is a claim against JSC commissioner Prof Olive Mugenda and the JSC, notes Havi.

The suitability of Mugenda as commissioner, adds Havi, was challenged on the ground that she cannot hold two State offices. Mugenda is the Kenyatta University Teaching and Referral Hospital chairperson.

The JSC settled on Koome for the CJ job from a list of ten candidates and recommended her for an appointment by the President who forwarded it to the National Assembly for approval.

According to Havi, the issues raised before the High Court may never be resolved and will encumber subsequent actions and decisions by the JSC.

“This development does not inspire confidence in the independence of the Judiciary and the JSC,” goes the letter.

LSK adds that the requirement to undertake the recruitment publicly ought to be transparent.

“To that end, the process of scoring for each candidate and voting ought to be verifiable.”

The lawyer’s lobby also cites a complaint by a candidate for CJ that his scores were altered by four commissioners a few minutes to the announcement by JSC.

He says the maximum number of years one should serve in the court should be no more than 15.

When asked what had caused the backlog challenge, the Employment and Labour Relations Court judge cited incapacity and understaffing.

By Kwamchetsi Makokha | 15 hours ago

By Amos Kareithi | 15 hours ago

Samuel Wanjiru: Two women’s account on the death of a man they loved
Feedback