Lobbying as City Hall set for its first sitting

Before Nairobi County Assembly holds its first sitting next week, Nairobi Governor Johnson Sakaja appears to be leaving nothing to chance.

However, a meeting planned for Saturday by allies of the governor to build consensus ahead of next week failed to take place under unclear circumstances.

The meeting was aimed at bringing together members from Azimio and UDA to agree on who to vote in as speaker on September 29.

This came after Governor Sakaja met elected members from the Azimio side on September 21 after reports emerged that the county boss was taking time to allow lobbying that would see a speaker from the UDA wing get enough votes.

MCAs who spoke to Sunday Standard said some of the issues discussed touched on key slots among them the speaker which were giving Sakaja a headache.

“There were speculations that he was delaying so that he can get a speaker from his side but our issue was to tell him (Sakaja) that our people are reaching out yet we have not been sworn in but we are ready to work with him,” Mountain View MCA Maurice Ochieng said.

Kilimani member Moses Ogeto said they were reminding the governor of his constitutional mandate. So far, those eyeing the speaker seat include ODM’s Ken Ngondi who has already picked nomination forms and Jubilee’s Harrison Wangoro.

Others said to be interested are former Ruai member John Kamangu Nyumu, former senate aspirant Samwel Masaki and UDA’s Benson Mutura who is the outgoing speaker. On Friday, the county boss had a prayer session led by Dorcas Gachagua, the wife of Deputy President Rigathi Gachagua, at his office.

“Grateful to HE Pr Dorcas Rigathi and the clergy from Nairobi for paying me a visit and praying for our city. Jer 33:9,” Sakaja shared on his Facebook account after seeing Mrs Gachagua and other clergy. 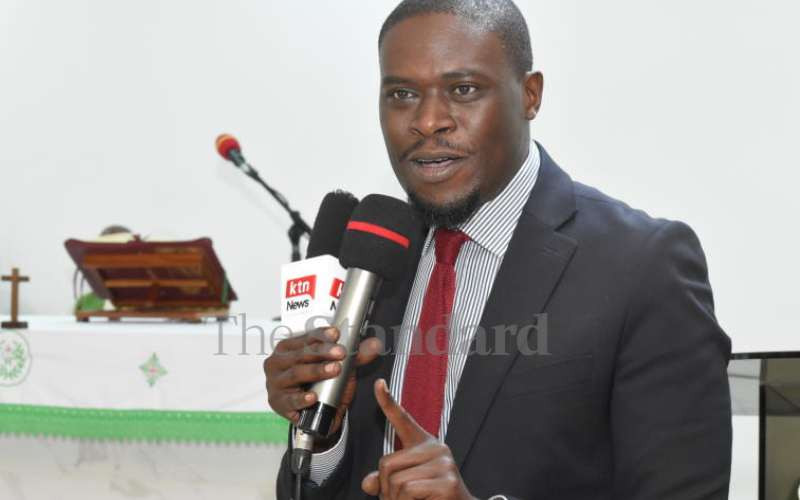 Court told 31 polling stations in Wajir contest had irregularities
North Eastern
By Kamau Muthoni
23 mins ago
France to make condoms free for anyone under 25, Macron says
Europe
By AP
26 mins ago
Croatia coach Dalic: This is what we did to beat Brazil in World Cup quarterfinal
Football
By Xinhua
48 mins ago
Premium Here are some hard truths for the Azimio leadership
Ken Opalo
By Ken Opalo
51 mins ago
.

By AP 26 mins ago
France to make condoms free for anyone under 25, Macron says

By Xinhua 48 mins ago
Croatia coach Dalic: This is what we did to beat Brazil in World Cup quarterfinal
.