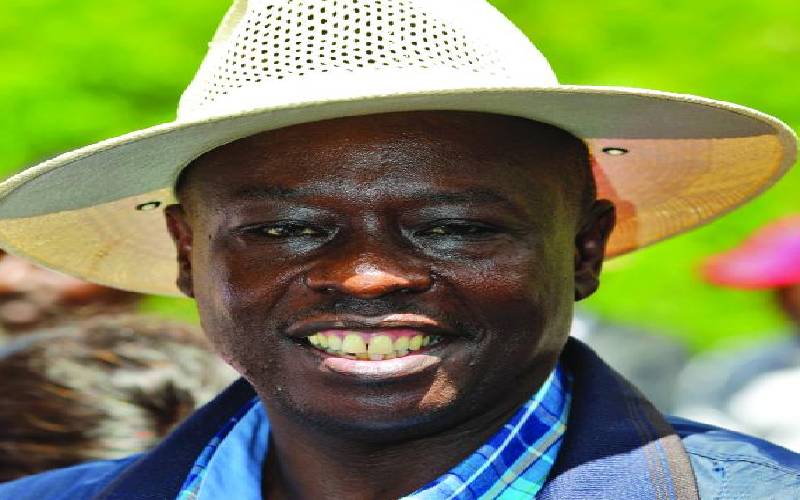 Mathira Member of Parliament Rigathi Gachagua has moved to court to stop the Directorate of Criminal Investigations (DCI) from arresting him over allegations of fraud.

Gachagua (pictured) is also seeking anticipatory bail should the DCI and Director of Public Prosecutions (DPP) go-ahead to press charges against him in relation to investigations on his accounts over claims of money laundering.

According to the MP, he is being persecuted for his political association with Deputy President William Ruto, adding that he genuinely obtained his money and nothing in his accounts suggests that he was engaged in corruption.

“I have a genuine fear that I will soon be arrested and charged with offences I do not know. My impending false arrest is based on my political standing. It will be malicious and devoid of merit to arrest me without any evidence linking me to any crime,” swore Gachagua.

Through lawyer Simon Mburu, the MP claimed he was accosted and arrested by DCI officers on October 26, 2020, but has never been furnished with information regarding the investigations even after being summoned more than five times since the arrest.

Mburu submitted that investigations into the MP’s bank accounts have not yielded any discrepancy to suggest that he illegally acquired money since his bank transactions were legitimate and above board.

“He wasn’t even informed about the reasons for his arrest last year and is likely to be arrested on trumped-up charges, which would amount to malicious prosecution with an ulterior motive. It will be a waste of the court’s time to arrest and charge him only to be acquitted later for lack of evidence,” said Mburu.

Gachagua is fighting to stop his arrest a few days after he was sued by a retired civil servant for allegedly grabbing five acres near Jomo Kenyatta International Airport valued at more than Sh1.5 billion.

John Ohas, a former director of physical planning at the Ministry of Lands, in his suit filed at the Environment and Lands Court last week, claims the MP fraudulently obtained documents and transferred the land to his company without his knowledge.

“He has unlawfully trespassed, possessed and interfered with my ownership of the land after he colluded with others to fraudulently transfer and register the property to his company’s name,” swore Ohas.

He claimed he was allocated the land in 1994 and registered it under Columbus Two Thousand Ltd and obtained the deep plan in 1996, but later fell ill before completing the registration process.

Gachagua is also being pursued by the Asset Recovery Agency, which filed a case to force him to forfeit more than Sh200 million in his accounts suspected to be proceeds of crime, money laundering and corruption.

Kinini, who is the biological father of the deceased, was the prime suspect in the brutal killing of his son