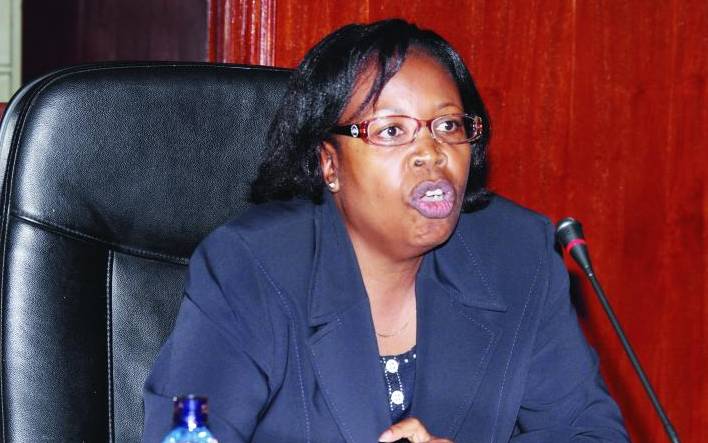 The Government’s directive to close schools due to the Covid-19 pandemic has affected child support arrangements, with ex-partners being forced to cough up more money.

With doubled household expenses and children continuing with their education online from home, it is a situation that has seen those who have custody of the minors dig deeper into their pockets even as those paying for their maintenance face salary cuts at work.

For instance, High Court Judge Mary Kasango (pictured) ordered a man to increase the monthly maintenance for his children from Sh12,000 to Sh15,000 per month until schools are re-opened.

The judge said the woman was looking for a helping hand from the father of her children "during this time when they are at home due to the pandemic."

The judge said this in a case in which a woman sought relief from the court for the upkeep of her two children due to financial constraints she has been facing since March when the Government ordered all schools to be closed as a measure to stop Covid-19 from spreading.

Justice Kasango said the man, identified as LMN, will revert to the initial amount if schools are reopened on January 5 next year. He shall also be required to pay their school fees and other related expenses until his appeal challenging the initial award is heard and determined.

The court took into consideration the fact that the man’s salary was reduced by his employer, whose business is also struggling to stay afloat, and the fact that a notice for redundancy had been issued to employees.

“In considering the prayer for extra funds to be provided for the children, the court needs to be conscious of the fact that difficulties related to the Covid-19 pandemic have also befallen the appellant who provided evidence that his employer not only has reduced his salary due to the effects of business but that there is the threat of redundancy,” the judge said in her ruling delivered on December 14.

The Children's Court in Thika had on October 9 last year ordered LMN to provide and cater for the children’s school fees and other related school expenses. The trial court also ordered him to pay Sh15,000 monthly as maintenance fees by the fifth of every month.

Aggrieved by the decision, he lodged an appeal at the High Court on January 24. On May 12, the amount was reduced to Sh12,000 per month. The May ruling, however, did not alter the order for him to pay fees and cater for other expenses.

But on July 22, the woman sued for an additional Sh10,000 to cater for living expenses. "The cost of utilities such as water, electricity and internet has gone up, and similarly the cost of food and toiletries has also increased," she said.

The court was told that during the Covid-19 pandemic, the school had directed the children to continue with online lessons at a weekly fee of Sh750, which their father had failed to pay.

In his response, the man argued that the pandemic had affected his remuneration, a situation he said would make it impossible to pay the extra Sh10,000. He also told the court he has another family he supports.