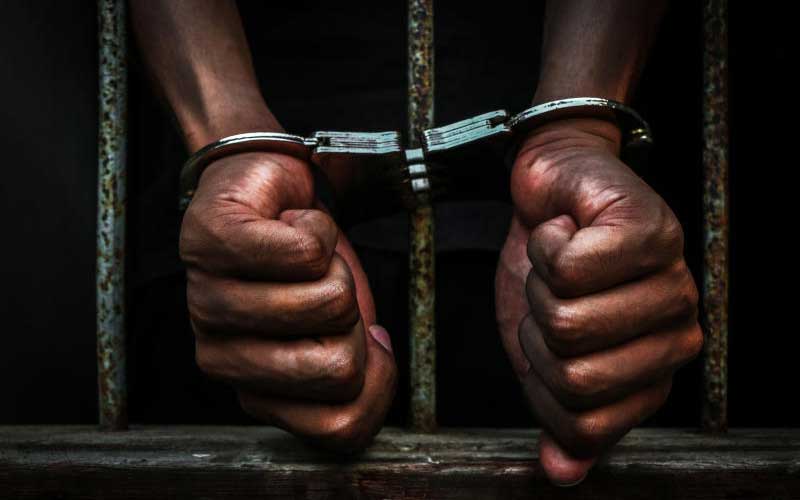 A former Directorate of Criminal Investigations officer is staring at a prison term of up to five years for kidnapping two foreigners in 2014.

Mr Painito Ng'ang'a Bera was on Monday sentenced for kidnapping, abuse of office and giving false information, his former employer said in a statement.

A Nairobi court convicted Mr Bera to a five-year jail term or an alternative Sh1.1 million fine after finding him guilty of kidnapping two foreigners who had been granted political asylum in Kenya.

According to media reports, the two Ethiopian nationals were from a faction of the Ogaden National Liberation Front (ONLF) that were fighting for independence for the Somali-speaking Ogaden region.

They were in Kenya to facilitate peace talks with the Ethiopian government.

Mr Bera — who was formerly based at Nairobi's Criminal Investigation office — is reported to have driven the two foreigners to the Ethiopian border and handed them over to the Ethiopian secret service.

The Human Rights Watch, in a protest letter to then Inspector General Joseph Boinnet, said the two foreigners were allegedly abducted on January 26, 2014, outside a popular restaurant in Nairobi.

"At least one of them was a registered refugee with UNHCR. They were taken in a civilian vehicle by unknown men to Ethiopia and held in an unknown location near Addis Ababa for one year and four months and then released," said Human Rights Watch Director Maria Burnett.

The three have since been acquitted.