You have no powers to fire CEO, LSK council tells Havi 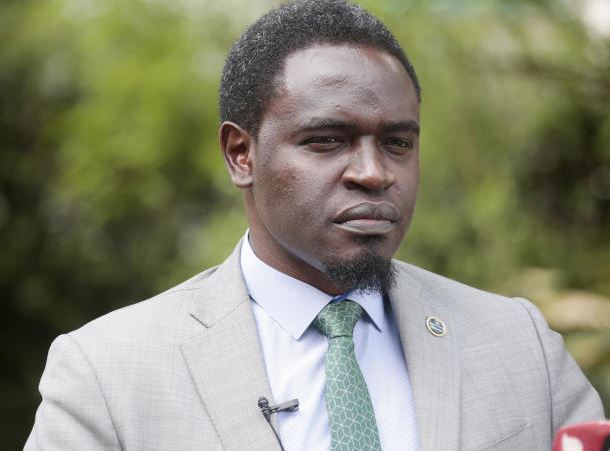 Wrangles at the top leadership of the Law Society of Kenya (LSK) are getting messier after the society’s council dismissed a letter by president Nelson Havi.

The council, which Havi (pictured) heads, yesterday said the letter claiming that CEO Mercy Wambua had been fired should be disregarded as she had been cleared to resume office.

“There is no council resolution removing Mercy Kalondu Wambua and or terminating her employment as the CEO/Secretary of the Law Society of Kenya (LSK) and therefore the letter by the president is null and void ab initio, the same should be disregarded totally,” reads a statement sent to the media.

The CEO, who is at the heart of the wrangles, sits in a corner office on the first floor of the society’s headquarters located along Gitanga Road, Nairobi. Right behind her desk is a photo of her, boldly looking at anyone who comes into the office.

LSK wrangles may lock lawyers out of practice

A nearby cabinet hosts an hour glass, perhaps calculating her time as she sits on the hot seat.

Wambua, whose name means ‘one who belongs to the rains’ shelters against the surging storm now threatening to drown the LSK council right in front of a scale of justice, which neighbours the hour glass. The time and the balance are of essence to her.

“I am delighted that you have come to witness what is happening here at the secretariat. As you can see I am at the office, back and working for the members of the Law Society of Kenya and the public,” she tells us.

“Mine is to assure you Kenyans and members of the LSK that I will continue to serve you with diligence as has been confirmed by the council of LSK. I am here by the virtue of a resolution of the council that dismissed all the allegations levelled against me and reinstated me to work.”

Wambua is in office courtesy of a decision by majority council members – nine. She says work has to continue until 2022 when her second term ends.

But Havi, her president, maintains that she must go home.

Days after he suspended her on behalf of the entire council, he was crowned as ‘Omukulundu’, a chief of the Maragoli community.

Havi makes no retreat on a fight he dips his fists in and even when the fight seems difficult, his feisty nature pushes him not to give up. He vied for the presidency the first time in 2018 and lost. This time, the issue of his age in the legal profession was the strike that kept him off the bout.

The sunny side of the society ended for Wambua and Havi on October 19, 2020, when he fired her despite the majority of the council members clearing her off all allegations raised against her.

Armed with a 54-page ‘judgment’ indicting Wambua for gross misconduct, Havi directed her to leave office upon being paid three month’s salary in lieu of notice, while permitting the nine members of the council who were of contrary opinion to pass their verdict.

“This morning, the decision to terminate the contract of service for Mercy Wambua was given to her. The recruitment of the secretary shall commence effective immediately,” Havi stated, in a lengthy statement addressed to LSK members.

At this time, the majority council members who cleared Wambua held a press conference asserting that she was free to go back to work.

“The council resolved that the CEO who was on suspension for the period September 15, 2020 to October 19, 2020 returns to work and resume her duties. We wish to confirm that the CEO has resumed her duties with immediate effect,” said the nine members, led by Bernhard Ngetich.

Havi, his deputy Carolyne Kamende, Herine Kabita and Esther Ang’awa were the minority. “The president does not have any powers to veto the decision taken by the majority of the council members. We have observed with a lot of displeasure the continued attempt by the president to disrespect the council,” Ngetich said.