Cracks widen in JSC over push for Maraga successor 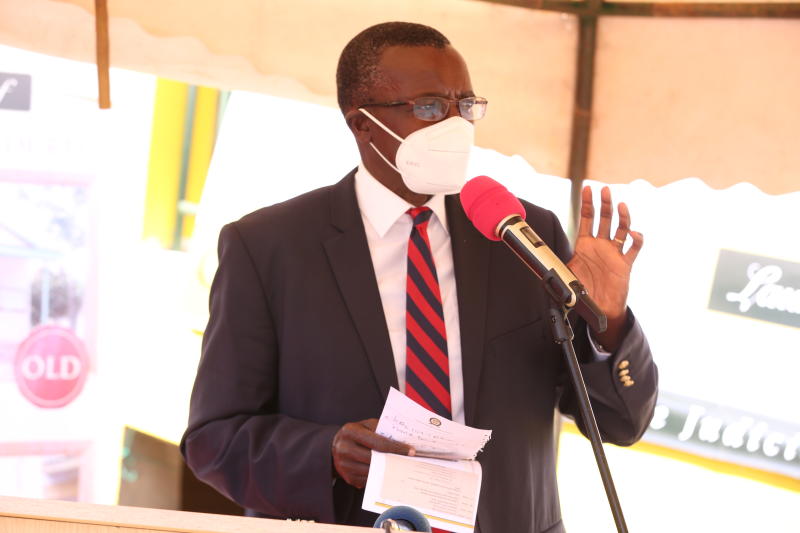 The rift in the Judicial Service Commission (JSC) has widened as the search for a new Chief Justice to replace David Maraga (pictured) gathers pace.

JSC commissioner Macharia Njeru yesterday claimed there was a plot to derail discussions around the CJ’s impending retirement and recruitment of his successor.

Njeru claimed this would leave the Judiciary in a crisis of leadership with a few elements in this arm of government attempting to control the process.

Njeru was, however, immediately disowned by Law Society of Kenya who he represents at the JSC and other commissioners who argued he is being used by outside forces hell-bent on controlling the Judiciary and blocking Deputy Chief Justice (DCJ) Philomena Mwilu from acting in the absence of the CJ.

A commissioner who wished not to be named, said the law prohibits the JSC from recruiting a new CJ before Maraga retires, saying there is a plan to stop the DCJ from acting once the position is vacant.

“There is a bigger picture to the disharmony in the JSC. The hurry in which some commissioners are pushing the recruitment is about blocking Mwilu from acting in the position. There is no way you can start the process of recruiting Maraga’s successor while he is still in office,” said the commissioner.

The claims were supported by LSK president Nelson Havi who said their representative cannot take positions which contravene constitutional provisions on recruiting a CJ.

“The society disassociates itself from the statement and position taken by Njeru in regard to recruitment of a new Chief Justice. We will not allow them to be part of the state capture of the judiciary and to proceed with their schemes,” said Havi.

LSK also threatened to start the process of recalling Njeru since he was not serving the interests of lawyers and the public in JSC.

The society also dismissed a move by Parliament’s departmental Committee on Justice and Legal Affairs to cure the likely vacuum that will occur once the CJ leaves office by proposing amendment to Section 30 of the Judicial Service Act to allow the commission to recruit a new CJ at least six months before retirement date of the serving CJ.

Section 30 of Judicial Service Act provides that the position of the office of the CJ cannot be advertised until it is vacant if the holder resigns, dies or reaches the retirement age of 70.

Justice Maraga is set to retire on January 12, 2021 upon attaining the age of 70, but has indicated he will proceed on terminal leave on December 15 pending retirement.

Njeru in his statement singled out those he believed were behind the plot to derail recruitment of a new CJ and Supreme Court Judge to replace retired Justice Jackton Ojwang. Cracks in the JSC continued as big names in the legal circles being linked to the job to succeed Justice Maraga, kept their cards close to their chests.

After promulgation of the Constitution in 2010 which ushered in a transparent and competitive process of a CJ, the country has had Dr Willy Mutunga who came from outside the Judiciary and was succeeded by Maraga who came from the bench.

Some lawyers argued that the position of who heads the judiciary should be rotational to create a balance and new life in the judiciary.

Lawyer Kelvin Mogeni, however, argues that both members of the bench and the bar should be given equal opportunity with the best getting the job.

Inside sources within JSC also intimated that the commissioners are divided on whether the next CJ should come from within or outside the judiciary, with some commissioners also angling for the top position.

The names being touted as contenders from the JSC are Justice Mwilu, Justice Warsame and AG Kariuki.

Former Attorney General Prof Githu Muigai has denied being in the race to be the next CJ.

Supreme Court Judge Smokin Wanjala who came in second behind Maraga in the last recruitment is said to be a top contender while US-based law scholar Prof Mutua Makau is also angling for a second shot at the top job.