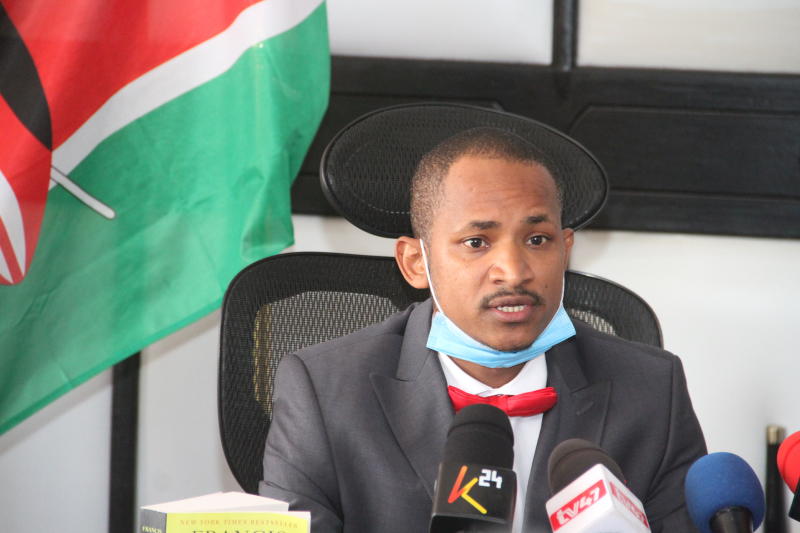 Milimani Court Magistrate Bernard Ochoi yesterday directed the DPP to give his response on November 9.

The magistrate said the DPP got wind of the intentions of Felix Orinda and his family on September 24, and had not engaged with their lawyers on the same.

“In my view, considering the mandate of the DPP as stated above, it is imperative and sensible that the DPP and the victim have a meeting in order to clear the air on the issues raised by the DPP. It is clear that counsels for the victim had not bothered to engage the DPP before filing the letter though the defense counsels for the defense appear to have well been informed about the letter,” Ochoi said.

He continued:” The DPP and the counsels for the victim claim they act for the interest of the victim but this must be demonstrated by constructive engagement rather than mere correspondences.

During the hearing, DJ Evolve addressed the court but his voice was not clear because he has a tube inserted through his throat. His brother Andrew Onyango, and who was with him at the time of the hearing, explained to the court that he had stated that he wanted the case withdrawn and settled out of court as his father and mother had sworn in an affidavit before the court.

On September 24, 2020, lawyer Kenneth Mumbo informed the magistrate that he had been appointed by Dj Evolve’s family to represent them in the criminal trial. He then produced a withdrawal letter dated September 21, 2020 bearing DJ’s thumbprint and signed by his parents Johannes Orongo and Mary Odhiambo.

In the letter, the three said after intense deliberations it was agreed that there was a need to have DJ Evolve and his family concentrate on his treatment rather than the pending case. The letter continued that the case was affecting his healing process. DJ Evolve ought to be the State’s star witness against Babu.

In court, DJ Evolve parents acknowledged that Babu and DJ Evolve were great friends, adding that they had constantly engaged him on the case. The magistrate heard that the victim asserted he did not want the case to proceed.

At the same time, Mumbo filed an affidavit having the victim’s thumb print and asserting the same thing. The DPP told the court the case was of great public interest and he needed time to consider the issues which had been raised. Haji said he wanted to understand what was the motivation and reason why the family had turned around to take a contrary position from his.

He argued that Dj Evolve was not mentally and physically capable to give instructions and therefore needed a medical report to assess his ability to give commands.

Babu had been charged with attempted murder and behaving in a disorderly manner while carrying a firearm.