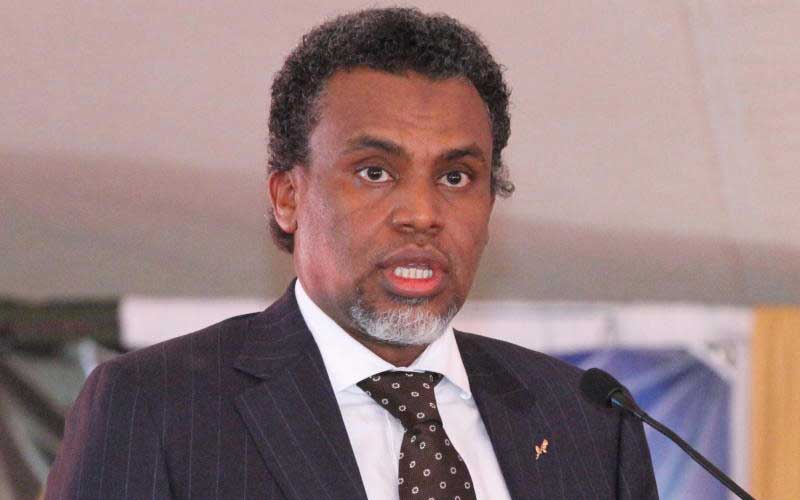 Director of Public Prosecutions Noordin Haji (pictured) has reshuffled his senior managers in a bid to boost operations.

This follows a move by Head of Public Service Joseph Kinyua to transfer three deputy directors at the Office of the Director of Public Prosecutions to the ministries of Foreign Affairs and Energy.

Those affected are Jacob Ondari (Offences Against the Person) and Nicholas Mutuku (County Affairs and Regulatory Prosecutions) who have been transferred to the Ministry of Foreign Affairs, and Kennedy Kimuyu (Central Facilitation Services) who has been taken to the Ministry of Energy.

Rashid Khator takes over from Kimuyu in the changes that take effect today.

The DPP at the same time has created the Department of Inspectorate, Quality and Assurance and appointed Grace Murungi as the acting deputy director in charge.

Noordin Haji Office of the Director of Public Prosecutions ODPP