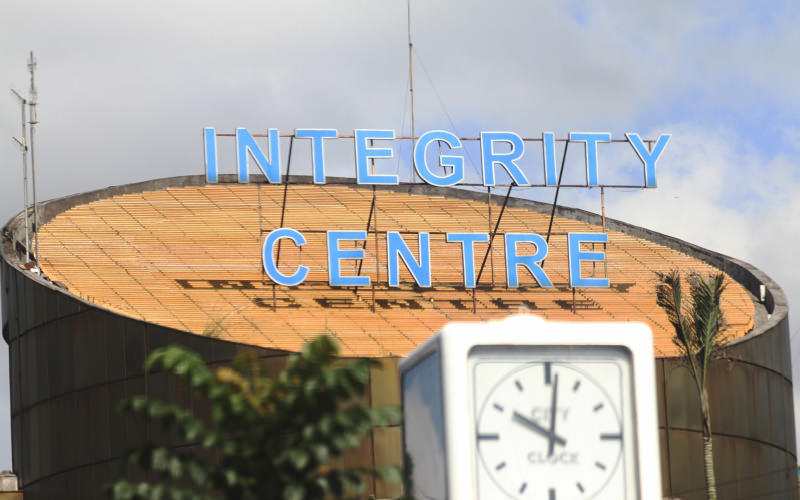 The Ethics and Anti-Corruption Commission (EACC) is seeking to recover about Sh2.5 billion from public officers over unexplained wealth.

Speaking during Kenya Editors Guild (KEG) luncheon in a Nairobi hotel yesterday, the EACC Chief Executive Officer Twalib Mbarak disclosed that since 2015 they have recovered assets worth Sh19.9 billion and surrendered them to the State.

“Over 357 cases are pending in various courts, seeking to recover assets worth over Sh86 billion,” said Mbarak. The assets include public land, unexplained wealth, government houses, public utility and roads reserves. “There are a number of officers who own assets that do not match their legitimate sources of income,” said the EACC boss.

Mbarak noted that wealth declaration by public and State officers had not been efficient after Parliament mutilated Chapter Six of the Constitution. He said so far nine governors have been charged in graft related cases amounting to Sh1.2 billion and others are under probe.

“We have a problem, the political culture in this country where people look at how to steal. We should focus more on automating our service delivery systems to reduce human contact that breed the ground for graft,” he said. He commended the media and EACC officials’ efforts in averting possible theft of Sh9 billion in Kenya Medical Supplies Agency, that is under investigation.

EACC chairman Eliud Wabukhala said public officials should be of high integrity and desist from engaging in corruption. “We should pile pressure for good governance and fidelity in the rule of law,” he said.

KEG President Churchill Otieno called on the media to remain true to their calling and hold those in power to account.

Staff have vowed not to go back to work until their new pay is implemented as paralysis enters second day.