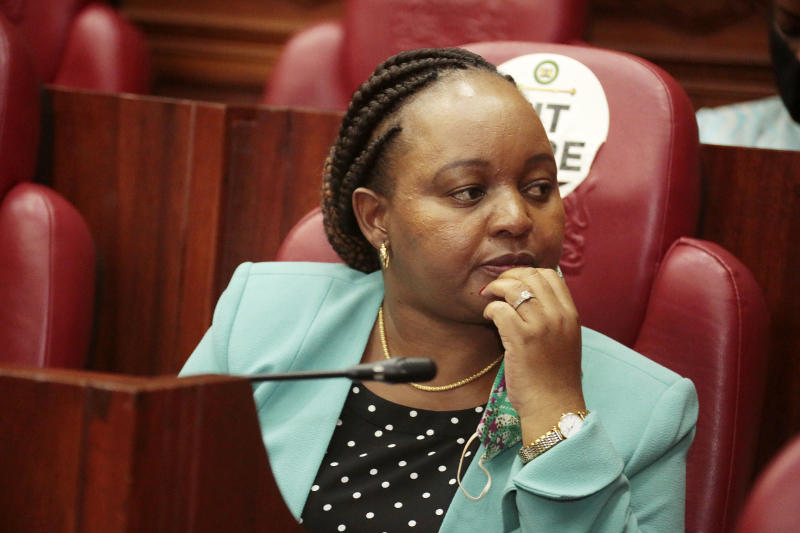 The EACC officers are said to be looking for documents that may link the governor to any abuse of office charges after obtaining a search warrant from Chief Magistrate’s court in Nyeri.

The Standard Digital has established that the detectives have so far raided her homes in Nairobi, Kirinyaga, Kagio and Kutus.

At around 10 am, a number of EACC officers had pitched camp at the Kirinyaga County headquarters.

In a statement by EACC boss Twalib Mbarak, the commission is conducting investigations into allegations that the governor and other county officials were irregularly paid travel allowances of approximately Sh23 million.

“EACC is in the process of establishing whether the trips were actually undertaken and whether the documents supporting disbursements of Sh23 million to county officials were genuine,” the statement read in part.

The EACC officials are also investigating the chief of staff and chief finance officer of Kirinyaga County.

Last month, she was grilled by EACC officials over allegation of abuse of office contained in the failed impeachment motion by the Kirinyaga County Assembly.

Details emerged that she was first summoned by EACC on July 15, but asked for more time.

And on July 21, she arrived at the commission offices accompanied by her lawyer Paul Nyamodi.

The complaints against the governor included allegations of abuse of office by claiming payments of Sh10.6 million for trips that she never went for or were not official.

The commission has interviewed 30 officials involved in processing the payments for the alleged illegal trips between 2018 and 2020.

EACC officials want to establish if the said trips existed, the actual amount of money paid and received by the governor and if the imprest was accounted for in full within the stipulated time as per the law.

The officials want to establish if the governor abused her office to improperly receive a benefit from public funds, and if there were acts of omission or commission that violated the law.

Waiguru survived impeachment in June after senators said the allegations were not sustainable.

In a report presented to the House Speaker Kenneth Lusaka by the committee chairman Kakamega Senator Cleophas Malala, the County Assembly of Kirinyaga failed to substantiate the charges used as grounds for impeaching the governor.

Malala indicated that a determination must be made both by the evidence adduced to substantiate the charges and that the threshold has been met.

FIFA’s independent ethics committee has cleared the organisation’s president, Gianni Infantino of any alleged breach of its code,