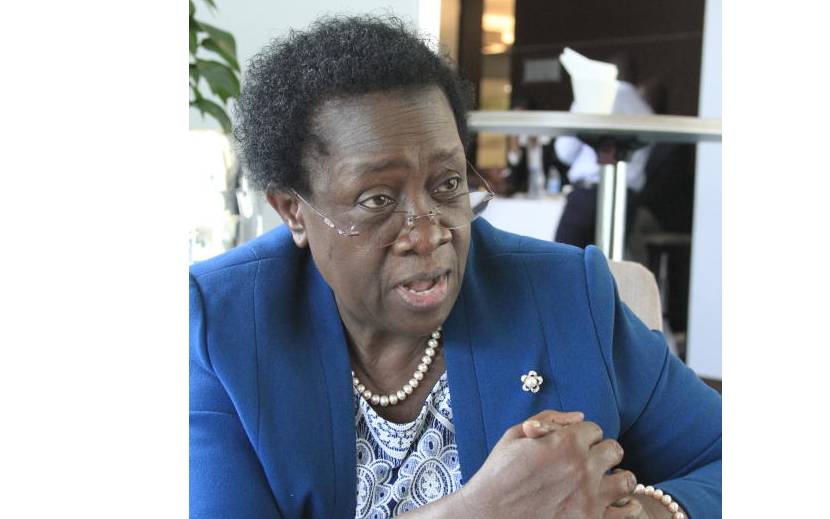 The decision to purchase a building in Nairobi’s city centre without paying Value Added Tax (VAT) is haunting Jomo Kenyatta University of Agriculture and Technology (JKUAT).

The institution finds itself in trouble after the Ethics and Anti-Corruption Commission (EACC) moved in to investigate the acquisition of ICEA Building on Kenyatta Avenue in 2015.

The deal was sealed under the watch of Prof Mabel Imbuga (pictured above), who has since retired as vice-chancellor of the university and her place filled by Prof Victoria Ngumi.

Earlier this year, the EACC wrote to Ngumi seeking documents related to the sale.

The ICEA Lion Life Assurance Company took JKUAT to court, claiming the university had failed to pay VAT on the transaction, which saw the tax bill accumulate to Sh381 million.

The letter to the university VC from EACC, dated February 26, summoned five officers from various departments for questioning.

“Reference is made to the above subject matter, pursuant to on-going investigations in respect to acquisition of ICEA building during the financial year 2014/2015 by your institution,” read the letter.

In 2016, an internal memo from JKUAT’s then acting legal officer Vivian Nyambura to the VC showed that the university had received a demand letter over the said tax.

The officer stated: “We are in receipt of a demand letter from the firm of LJA Associates, advocates who are on record for ICEA Lion Life Assurance, demanding the sum of Sh381,429,475 being VAT under Clause 14.1 of the Agreement for Sale, which provided that the university as the purchaser was to pay, VAT, if no exemption for the same was obtained from KRA.”

The university was given seven days to make the clearance, failure to which it would be sued.

JKUAT went for direct procurement of the building after recommendations by “both the University Council and the University Management Board…” as stated in a letter to the Director-General of Public Procurement Oversight Authority (PPOA) on January 26, 2015.

Imbuga’s letter stated: “A committee was appointed to negotiate the purchase price, and three negotiation meetings were held on various dates, during which the price was negotiated from Sh2 billion to Sh1.85 billion.”

On April 11, 2017, a letter from the university to the Commissioner for Domestic Taxes at the KRA sought to clear the air over VAT issue.

“JKUAT is an educational institution engaging in the supply of education services, which are VAT exempt. These services have historically been financed by the government through the Ministry of Education,” stated the letter.

On November 30, 2015, Imbuga had written to the same KRA commissioner requesting for exemption of JKUAT from VAT on the purchase of the building.

“The university is aware of its role to pay VAT but given the circumstances, the only option left to its disposal is to borrow or wait for government funding in order to be in a position to pay,” wrote the VC.

JKUAT had sought to secure a loan to pay for the building and sought approval for the same through a letter to then-Treasury Cabinet Secretary Henry Rotich.

By Lydiah Nyawira | 10 months ago

By Miriam Mukami | 10 months ago

By Bethuel Oduo | 10 months ago